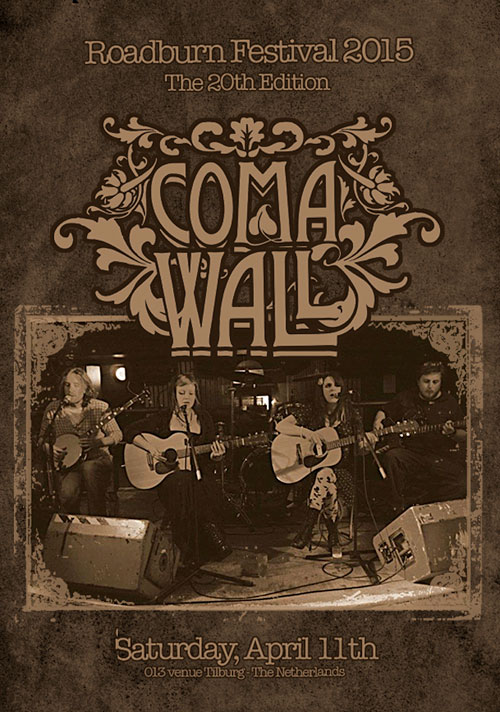 Coma Wall, the acoustic alter-ego of Undersmile, will bring rustic downbeat blues and folk to the 20th edition of Roadburn Festival on Saturday, April 11, 2015 at the 013 venue in Tilburg, The Netherlands.

The very notion of unplugging a band as monstrously heavy and doomladen as Undersmile seemed almost ludicrous before we actually heard what it entailed, as the band replaced sludgy distortion with banjos and acoustic guitars in their alter ego Coma Wall guise.

Taz Corona-Brown and Hel Sterne’s haunting close harmony singing still brought a tingle to the spine as the band dredged southern gothic creeping dread and spectacularly outdid their electric selves on their split Wood & Wire EP (released by Shaman Recordings), bringing a bit of black sun gloom to sunny spring days and making for one of the most uncompromisingly powerful records to come out of Oxford (UK) in years.