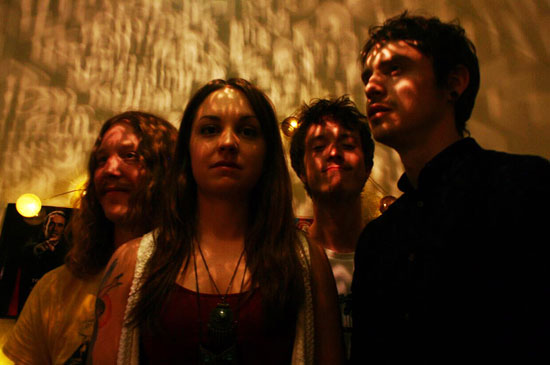 In 2013, an unexpected creature fell from the sky and landed in Trondheim, Norway where it took possession of three locals and gathered them under the HIGH PRIEST OF SATURN moniker to chant to the stars and praise the beyond. The then trio self-titled debut was stoner/doom at its gloomiest and most spellbinding, with the echo-drenched vocals of Merethe Heggeset battling over layers of sweet Hammond organ and pounding drums, making Acid King and Blood Ceremony meet somewhere far away in the cosmos.

Now, two years and a half later and with now a full keyboard player in tow and a looser and more vintage prog and psychedelic approach, they’re back with Son Of Earth And Sky, one monster of an album that will prove once and for all that they’ve already exceeded their early stoner/doom tag for something far more organic and less rigid. Recorded and mixed in only five days at Trondheim’s own Brygga Lydstudio in August 2014, like with many of ‘classic rock’ albums the band take inspiration from, those five new songs were mostly performed live in the studio with very little overdubs as the members themselves point out…

“The songwriting has been more of a collaborative effort this time, with everybody in the band participating to some extent. This, in addition to recording the tracks live and being able to play off each other and improvise some parts, has given the whole thing a more dynamic feel than the debut“. 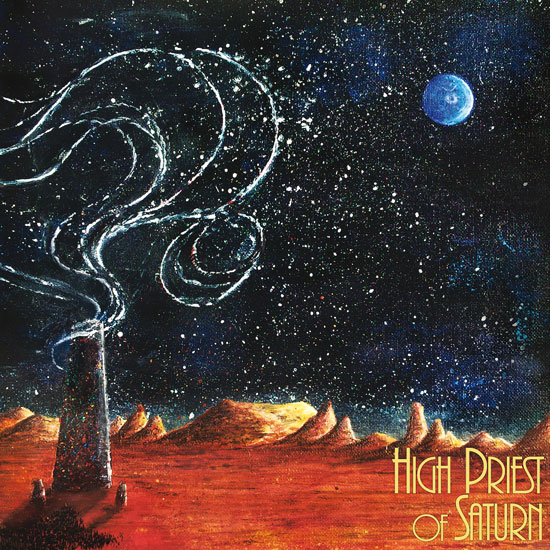 And indeed, while they haven’t lost their taste for the epic with three out of those five songs clocking at over or almost nine minutes, Son Of Earth And Sky is the vivid snapshot of a band fully revitalized and aiming at something more freer and more connected all those late 60’s and early 70’s artists that serve as inspiration in the first place. Rounded up by a superb and evocative artwork that seems to evoke a forlorn monolith on some forgotten planet, this is the sound of HIGH PRIEST OF SATURN reaching for the stars and arriving at their destination.

As psilocybin advocate Timothy Leary once said Turn On, Tune In, Drop Out by pressing play below and drift away to Aeolian Dunes, the wistful opening track from HIGH PRIEST OF SATURN’s sophomore album Son Of Earth And Sky…

Son Of Earth And Sky is set for release on 26th February via Svart Records, pre-orders are now live with the CD available here and for vinyl lovers, the LP, on orange or black, can be pre-ordered here.