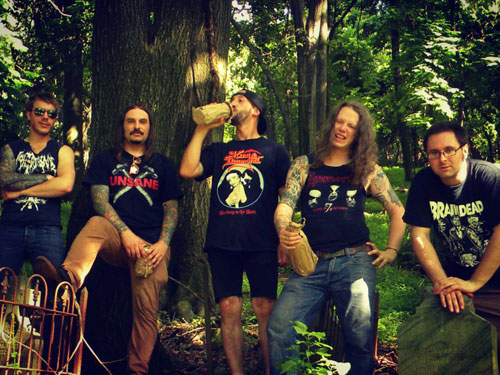 BUZZHERD formed back in 2011 with the aim of crafting deliriously heavy punk infused sludge, and from the sounds of their first full-length they’re doing rather well indeed. Following on from their murky 2012 demo, ‘On Sinking Ships… Rats Drown’ contains 5 all new songs and a raucous cover of Black Flag’s classic ‘Six Pack’. The band’s gloriously swampy sound is in full effect here, and fans of bands like Sourvein, Bongzilla and Lord Dying will be pleased to discover a brand new soundtrack to those hazy late night bong sessions.

So crank those speakers, tune in and drop to BUZZHERD‘s ‘On Sinking Ships…Rats Drown‘ at Terrorizer AT THIS LOCATION.

Let’s all take a moment to appreciate and attempt to explain BUZZHERD. This is a band whose members run the gamut from ex-cons to prep school boyz; a band that never let congenital diseases or Rocky Dennis syndrome stand in their way from becoming the future Tony winners that they are today.

BUZZHERD’s origins lie in the misty glen of Northampton, Pennsylvania, where founding members Jason West (Lead Guitar) and Justin Dottor (Bass, Backing Vocals) took the first few tentative steps towards true Krishna consciousness with several sultry sonatas, now buried in time and dust. With the additions of Terry Payne (Lead Vocals), Blake Wohrmann (Drums), and Bryan Ferencz (Rhythm Guitar) the band transformed from a powerful yet colicky baby to a full-fledged “terrible twos” toddler of mayhem and destruction. Hearing their crushing odes to paranoia, dysentery, and Colt .45, it’s no wonder that the people who’ve experienced BUZZHERD have come away seriously shaken by their brush with the teeth of a metaphorical Lucifuge. 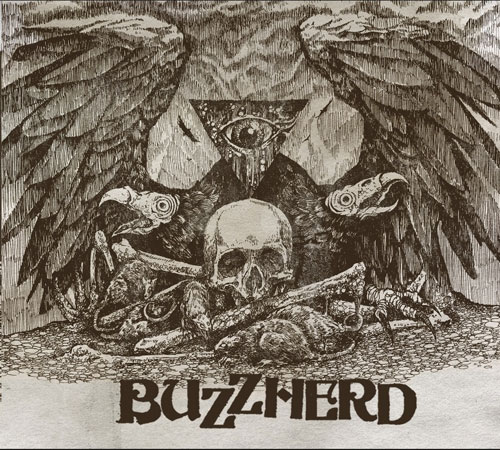 And what of the individuals that make up BUZZHERD? All bring to the table their own unique skill and persona: Jason West, Dio-mashing riff master who wields the sharpest of 6-string blades and may or may not have Harriet Tubman hiding in his house; Justin Dottor, bassist-magician from the bowels of Dale Crover-inspired metal fantasies and weird riff enthusiast; Terry Payne, the golden yet nicely corroded throat of rage and spasms with a touch of childlike delight; Blake Wohrmann, who hits his drums with the intensity of one thousand suns and one thousand Gorilla amps all set to 10 right next to your pathetic little ear; and Bryan Ferencz, whose skill and brutality have transformed crowds into legions ready to burn things for BUZZHERD just to show it can be done. And it can be done!

In summation, if you want the power of the aforementioned, you need look no further. The gods of thunder have arrived.