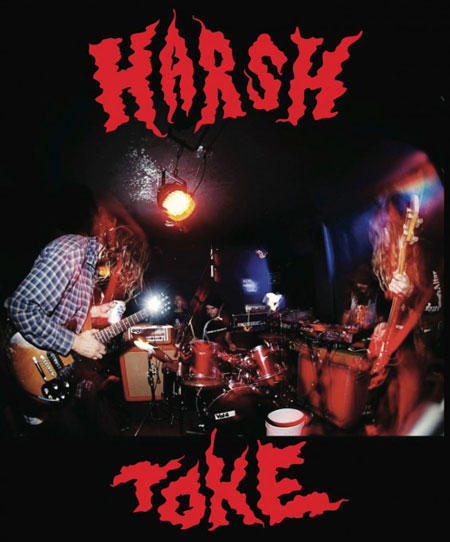 Psychedelic rockers HARSH TOKE explore sound and space through music. On the San Diego Acid Rock band’s debut album Light Up And Live, loud, heavy guitars, swimming bass lines and smashing drums warp to full throttle, working together to launch the group’s “Haze Maze” of unapologetic psychedelic-blues into interstellar overdrive. Recorded by Brian Ellis (also of the prog-rock band ASTRA) and mastered by Carl Saff (Earthless, OFF!, Unsane), HARSH TOKE‘s Light Up And Live will be released on November 19 via Tee Pee Records.

HARSH TOKE lay down sizzling grooves with every needle on the soundboard pinned to the red. If Blue Cheer could be called “Louder than God” in 1968, forty five years later, HARSH TOKE can easily be pegged as “Louder than Satan.” Run for your lives – into the din.

And as a taster for haze fueled sonics that are to come, stream ‘A Minor Jam‘ below:

BASTARD OF THE SKIES & GRIMPEN MIRE To Release 12” Via Future Noise; Track Stream From Both Bands Now Available!