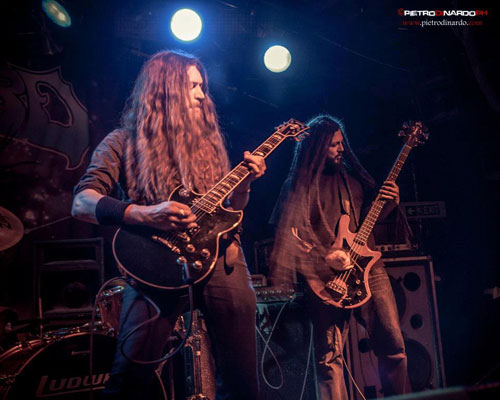 Clawing their way out of the dank blackness of their riff research laboratory and hungry for the flesh of new twisted listeners, GONGA bring forth a new offering Concrescence and in support of this new album, the now 3 piece will be hitting the road through April which also includes a performance at Doomed Gathering in Paris, the full dates are as follows:

In the five years since their last outpouring of un-anchored HeavyRock, Transmigration, GONGA managed to lose/fire/upset every bass player in the region. Brothers Thomas (dramatic battery) and George (riff philosophy) having survived war and mental abuse from the outside world found a new phenomenon walking the golden triangle right in front of their (third) eyes; a specialist in detail – you could say a time-stretch professional. And so, Latch self-sacrificed himself to the group before he even joined; the perfect combination of Geezer Butler and Cliff Burton muttering arcane wisdom. 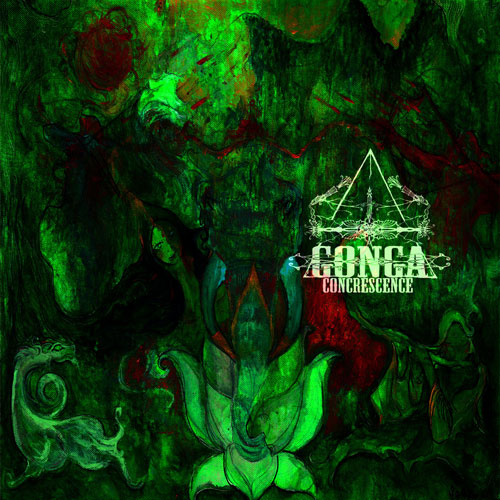 A trinity of Earth forms was instantly created; bull, goat, ram. The strength of the triangle allowed the 3 to set about HeavyRock construction. Without singer the aim became to create aural landscapes for band and listener to use as a launchpad for remote viewing, for mental and spiritual enlightenment and for emotional therapy. One could refer to it as instrumental HeavyRock for the philosophical connoisseur.

Late night experimentations led the trio into unexplored territories of voiceless riff/rhythm. Years passed and the brew grew strong, as did the urge to commit the aural paintings to vinyl.

Six tracks, two sides – Concrescence, a region of complexity in comparison to its surroundings.

Fans of heavy riff laden rock take heed, you dig yourself some of that Kyuss? Some of those early Sabbath records? This is by far the best recorded and best sounding record by GONGA to date. Incredible space amongst the grooves – it’s heavy, it’s the soundtrack to the next Apocalypse. Turn it up.

Concrescence is out now on CD, LP and Digital formats via Tonehenge Recordings and you can also read Ollie’s review here.

DEAD IN THE DIRT Prepares Debut LP For Release; Track Streaming At Lambgoat