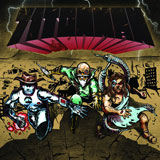 So I’m glad to see, and most of all hear, that Poland is producing some really good and heavy doom for us listeners that I can never get enough of. It’s not like Poland already didn’t have some really good acts, but it’s nice to see even one more promising band from the vast eastern European tundra.

71TONMAN is 100% DIY which seems to be the way to go nowadays and they have done absolutely everything themselves, so not just a big homage to their music playing skills, but also for the rest of this release as it is very good. Nice sounding recording and mixing and all that. Some cool movie references are also thrown in but most importantly the music, as they self-describe it, is “Fat, low and slow…” and I couldn’t argue with that!

There’s a certain grade of anonymity to 71TONMAN and I can’t find much information about them but it’s still a young band and I’m sure the five people involved have their fingers in other heavy music pies, I have no proof of this though, its just a hunch.

This Self-Titled album varies from ultra-low sludge that’s at least 71 tons heavy (no I couldn’t leave out a reference to their band name even though I tried!) to more conventional doom, the bridges they construct between these changes are built in titanium and couldn’t be broken. My personal favourite on this six track release is ‘Dr Psycho’. It’s just so damn heavy and sludge filled and has a nice little echoing guitar solo, a solo from the underground luring you down into the darkness. I usually don’t like guitar solos, as for me, they nine times out of ten just destroy a song or can at least, make it worse, but this one fits so perfectly.

The vocals are often delivered in the form of screaming with some effects, but it changes fast from clean singing to more hardcore like screaming and also the feeling of some riffs and the foundation of some tracks reminds me of hardcore, but slow and heavy of course.

That said, the vocals is where I find the only weakness when it comes to 71TONMAN, in that there’s sometimes a little too much going on vocal wise which can make parts of the songs seem a bit weak and lose what the track is building in a way which I feel isn’t necessary. I wish they would stick with one or two vocal styles, like my favourite, which is after about a minute into ‘Dr Psycho’. Those vocals are insanely good and the singer has an amazing pair of lungs. She sings really high to the brink of screaming but still singing. Other than that I think these guys are pawing the road to something new and very interesting. I’m sure their future is bright as they have what it takes. DIY means dedication and that is the most important ingredient of all.

So be sure to help them out and buy their record as download on Bandcamp so that they can continue pawing the path. I have a feeling it’s worth it. 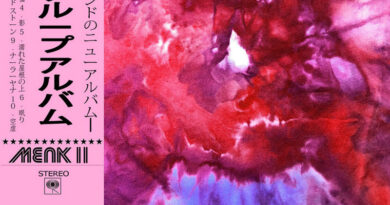