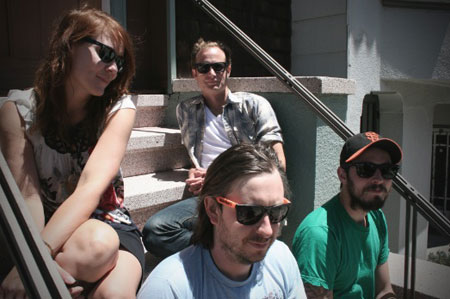 Their Self-Titled debut album, mixing classic rock, blues and psych in their own unique style was recorded with with Phil Manley (Trans Am, The Fucking Champs, Life Coach) at Lucky Cat Studios in San Francisco.

Check out the first track “The Curve” below.

‘Golden Void‘ is out on 12th November 2012 in the UK/Europe via Thrill Jockey Records.

Read on for more info on the band…