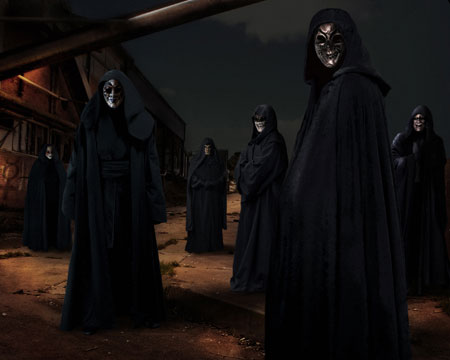 Candlelight Records, in cooperation with The Silent City, today confirms November 19th as the European release date for The Devil, the self-titled debut album from the London-based sextet. The masked, all-instrumental band self-produced the entire recording.

THE DEVIL is not a typical metal band. Combining traditional/classic heavy metal with select historical, political and conspiracy-laden oracles, the anonymous masked and cloaked musicians present a cinematic soundscape that is sure to strike the fancy of the curious. The 13-track album was crafted at six different recording studios and possesses a sound that is unlike any other you will encounter. Earlier this year, the internationally assembled band launched the beginning of the album campaign via two select videos. Since initiation, over half a million YouTube views have been logged.

Two songs from THE DEVIL have already been tapped for soundtrack inclusion; “Extinction Level Event” licensed to upcoming film E.S.P. expected late 2012 and “Divinorium” licensed to upcoming film The Fury. The Fury is being directed by James Colmer (Superman Returns, House of Wax, See No Evil, will feature Erica Leerhsen (Blair Witch Project, Texas Chainsaw Massacre) and is expected early 2013.

Director James Colmer comments on his attraction to THE DEVIL for the upcoming feature film. “Choosing a track for a feature film is often times a difficult task. For us it was a quest of finding a song that could convey the driving, thematic and ominous presence of this psychological thriller in the opening scenes. When I first heard ‘Divinorum,’ I immediately felt the connection I was looking for. It was as though it had been composed specifically for this film. I truly believe you can change the entire feeling and structure of a scene by making the right choice when it comes to music. I know we have made the right choice with THE DEVIL.” 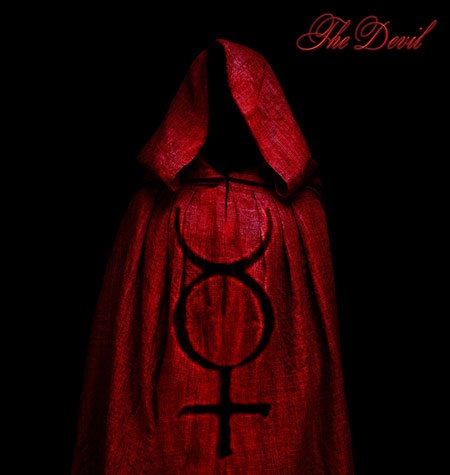 THE DEVIL plans to begin touring to support the album in early 2013. Collectively they note, “It is great to finally see the light at the end of the tunnel, having worked on this band and album for years. We look forward to bringing our unique live show to audiences around the world.”