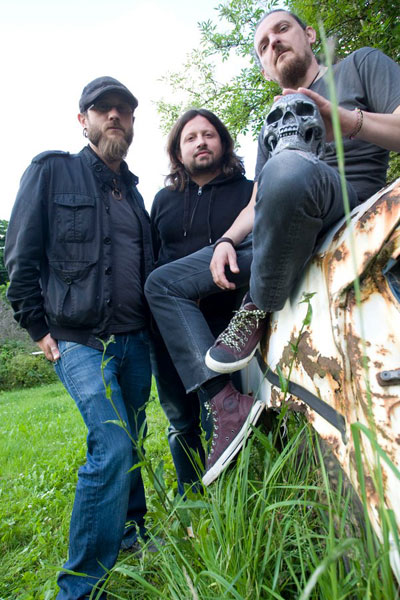 After crashing the Berlin leg of Desertfest last year, French ‘psychédélique’ trio Glowsun are heading to Camden and completing the double. Already strong contender for any best French band of all time awards, Glowsun are masters of mixing powerful, ambient psychedelia with raw, crushing groove.

Debut full length, The Sundering, put Glowsun on the stoner map in 2008 thanks to its expertly crafted, hooky jams. Last year’s follow up, Eternal Season, shoved drone more to the centre of the sound as well as pushing through heavier, crunchier guitars. The result was an equally atmospheric, but much darker album with more strut and swagger.

Sitting halfway between Sleep and Sungrazer, Glowsun’s appearance at the Camden leg this year is bound to be a thunderous, apocalyptic journey into a psychedelic waste ground.