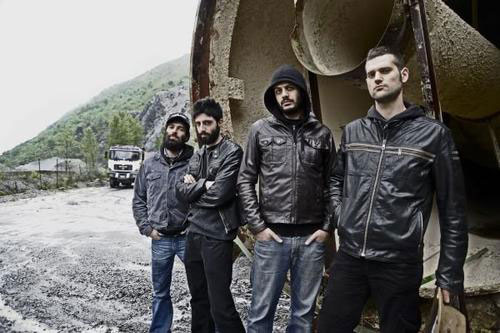 Here is the new Gandhi’s Gunn live videoclip of ‘Overhanging Rock’ recorded in multi-angle with professional audio. This clip was recorded during the ‘Balla Coi Cinghiali Fest’ also with Ufomammut, Zippo and Valerian Swing, it was the first gig with new drummer Alessandro Tabbì De Bernardi. Director is Alessando Mazzitelli.

Their album ‘Thirtyeahs’ is now also available on cassette, it’s stricty limited to 33 copies only and can be purchased direct from the Taxi Driver Records webshop at www.taxidriverstore.com.

You can also read what Ollie had to say about ‘Thirtyeahs’ here.

Legendary Doom Pioneers THE OBSESSED To Reunite For Roadburn 2012