South American sludge/doom band Cultura Tres have been getting significant praise from webzines and metal rags across the globe for their unique musical concoction of Sepultura, Alice in Chains, Sabbath and the Mars Volta. In September they will be bringing their unique Venezuelan flavoured racket to the UK for the first time in four years to promote their powerful new record El Mal Del Bien which the Shaman recently called their breakthrough album. We spoke to the band about their native Venezuela, their DIY approach to making music and artistic integrity. Oh, and throwing bibles into the ocean. Welcome to the world of Cultura Tres.

Thanks for taking the time to answer some questions. Firstly, what is the significance of your name? What does Cultura Tres mean?

“Cultura Tres” literally means “Culture Three” in English, however in Spanish the name suggests “Third Culture”. We feel that it’s a way to refer to the culture of the third world, and it feels really good to carry this name, coming from the part of the world that we come from.

How well have you been accepted in Venezuela? Is there much of a scene in your native country?

Even though Venezuela has received Cultura Tres very well, it never had much of sludge/doom scene in the past. The country had an early start in the 90’s with Death Doom bands – the influence of Cathedral hit quite a lot of us in those days. However, this didn’t last long. Soon most bands started to play styles that were more in the fashion of the overwhelming influence of North American MTV: hardcore, death metal, thrash metal and other styles that have already had their glory time back home.

So what has changed in the metal scene recently?

Well what’s been happening lately is that the scenes of neighbouring countries are starting to fuse with each other. If you think about it, 90% of the countries in our continent speak the same language, so you can begin to see how ‘our’ scene stopped feeling like just a Venezuelan one all of a sudden, and began to feel more like a ‘South American’ one.

Nowadays there is quite a big community growing from the underground of Argentina, Chile, Peru, Venezuela. It is contagious, so now you see bands popping up in other countries where Sludge/Doom/Stoner wasn’t even recognized as a style.

In June of this year a couple of the important bands in the scene unified their efforts to make the first South American Sludge festival with bands from the mentioned countries. This festival took place in Buenos Aires, Argentina and had more than 1200 visitors. This is sort of a thermometer of our underground, and the next edition already has to find a bigger location. So it seems that there are more people searching for alternatives to the more “mainstream” forms of heavy music that have filled stadiums for decades in South America. 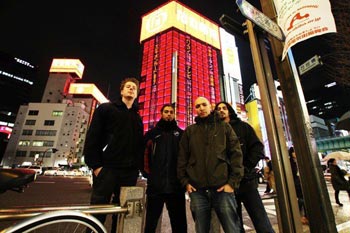 How do Venezuelan bands compare to other South American bands? Do you have your own unique flavour?

I think at the moment Venezuela breathes a more politically-aware air in comparison with other bands from South America. For instance, for us it would feel strange to sing about getting high or evoking goat-headed dudes when our country is constantly in the spotlight of the world news, concerning its struggles in several aspects. So at least lyrically we have noticed that we are more politically-inclined. Regarding the music, I wouldn’t be so sure; I mean Cultura Tres is completely swimming against the river when it comes to what is hot in the Venezuelan heavy scene. I think in that field we are closer to our cousins Los Natas from Argentina, who are a big influence in our sound.

Your sound has evolved since the progressive metal of your debut album La Cura – was this a conscious decision on your parts?

I am not even sure that those who labelled us “Psychedelic Rock” got it completely right, because we are mixing it all up right now, he he he. I think the fact that we are all 30+ has also had an influence on our new sound. The fact that we need new exciting ways to express heaviness and darkness, has pushed us to the edges of the genre. It has made us choose arrangements and directions based more on our need to find the ultimate expression rather than to fit in a specific style, which we have already explored in the past.

Would you consider yourselves a doom band? If so, how so?

Do you make a conscious decision to write some songs in English and some in Spanish? What motivates your decision to go one way or the other?

It is a strange process the way we have been writing our lyrics, especially on the new record “El Mal del Bien”, because we didn’t write lyrics before recording. Most of the words and sentences in the songs where improvised while they were being recorded, not whole songs but part per part. We simply discovered the words, letting a particular part of the sound pull them out of the subconscious. After a few sessions like this, some editing was needed for the sake of coherence, but a good 80% of what was sang was just created on the spot. Some times these words came out in English, sometimes in Spanish…seems like our collective subconscious is a bit bilingual? 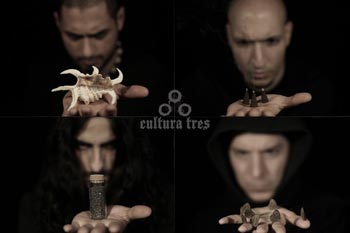 How does the writing process work for you guys?

Well, the singing part was explained in the last question. The music is a bit similar, with the difference being that in this case it is more than one person evoking sounds inspired by the other’s contributions. There is always a main theme musically, but this isn’t a style dictator: it is just sort of a map to help us search. We choose our arrangements with a particular mood in mind, which is probably why even though we’ve said that our music is quite mad and strange, it somehow makes sense, especially when you step back from the individual contributions and you embrace the feeling of the song as a whole.

What inspires your music and lyrics?

What are your favourite albums? 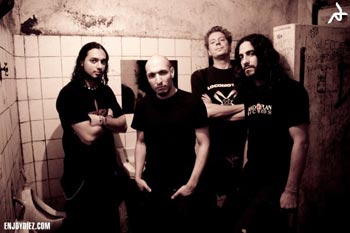 Who are your favourite bands at the moment? Is there anyone you want to plug?

You have a DIY ethic to your band – could you be persuaded to go with a record company? Have you ever been approached by any?

Until now we haven’t had any serious offers. We have a DIY ethic for a simple reason: we want total creative freedom and we want things to really happen, not depending on anybody outside of the band. We don’t necessarily rule out the possibility of signing with a label, but it has to be a label that dares to release something different. We don’t really care if we become big or not, as long as we write exactly what we want to write and explore what we need to explore. In the past we were in other bands that were signed, and we made concessions in our sound, aiming to take bigger steps by pleasing programmers, reviewers and other ‘important people’. Well, we’ve learnt our lesson. Now we want to record what we want to hear and film what we want to see. Even if it means filming a Bible being swallowed by the sea, or putting statements on record that may cause our visas to get denied.

At the moment we are talking to some labels about the European release of El Mal Del Bien. We will see what comes of it, but if no good offers come, our current record label, the “Internet” will make sure our music, words and imagery keeps spreading around.

As for our DIY ethic, we may want to do everything ourselves, but we also want quality. Luckily, the members of our band work as sound engineers, producers, film editors and camera men. This makes it possible for us to produce our own records and film our own video clips and music videos. Although actually, there is one break in our ‘DIYing’ on our latest record: the artwork for El Mal Del Bien was made by our friend and excellent designer Jaap ‘Monchito’ Melman of the bands Bitcho / Pendejo.

Who would you love to play gigs with?

What’s been the highlight of your career so far?

With Cultura Tres or us as musicians? If it is with Cultura Tres it has to be playing in Tokyo – we always dreamed about it. You could say it was our Anvil moment he he!

And for us as musicians I guess playing at the Ozzfest in 2002 or opening Sepultura’s Chaos AD show in Caracas was magical!

What’s next for you guys? Any new releases in the near future? Any recording/touring plans?

Well no plans for a new record yet, we just released ‘El Mal del Bien’ on vinyl in South America a few months ago. So at the moment we are promoting the album in Europe, where we’ll be playing a few more shows before we go back to South America. We still have some shows to go in the Netherlands and we’ll be on a last minute mini-tour to the UK, to play in London on Sept 16th and in Oxford on Sept 18th, thanks to Human Disease, Buried in Smoke and our dark-music sister Hel (Undersmile). You guys can check the venues and bands we perform with on our website (www.culturatres.com).

After that, we deserve some rest at our favourite beach in Maracay! There we will finish the filming/editing of our new video clip before we get back on the road. You guys in Europe can see us again in February/March, and we will definitely show our faces in the UK again in 2012!

You can download Cultura Tres’ music on iTunes and at culturatres.bandcamp.com. 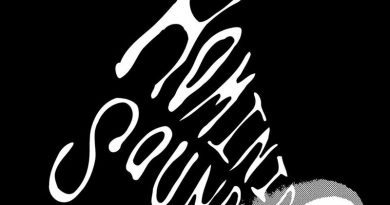 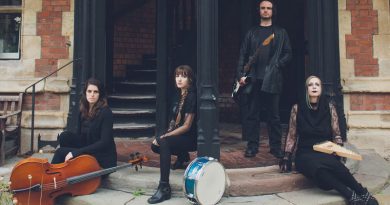