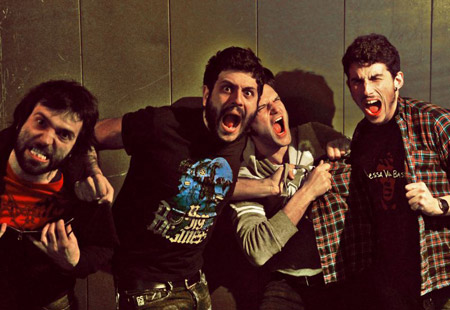 GANDHI’S GUNN finally reveal the new album’s title “The Longer The Beard, The Harder The Sound” that will be released in Europe on April 27th 2012 by Taxi Driver Records.

“The Longer The Beard, The Harder The Sound” is the band’s second album, after the great success of “Thirtyeahs” which has been widely acclaimed by public and critics, giving them the opportunity to share the stage with Clutch, Atomic Bitchwax, Ufomammut, 16, Church Of Misery, Acid King, Los Natas.

The new album was born right on the road, catching its frontal impact and psychedelic diversions.

“The Longer The Beard, The Harder The Sound” will be released by Taxi Driver Records on April 27th and will be distributed in Italy by Masterpiece and in Europe by Clear Spot in digital, CD, Vinyl and Cassette formats and was recorded in Genoa at the Greenfog Studio by Mattia Cominotto, who also handled mixing and mastering, as it was for the former “Thirtyeahs“. 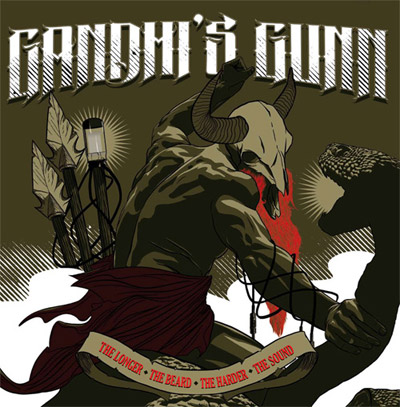 Pre-order the album in the 180 gram White Vinyl Edition, limited to 100 copies only will start soon, and is also available on 180 gram plain Black Vinyl and CD.