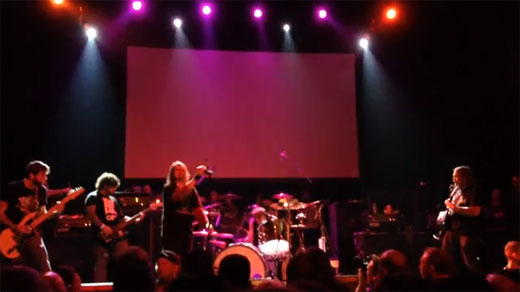 As it was recently announced, following the tragic death of EYEHATEGOD drummer Joey LaCaze in August, Dale Crover, he of the Melvins fame, volunteered to seize the drum stool for the band’s scheduled set at the inaugural Housecore Horror Film Fest at the weekend and below is some fan filmed footage of their performance at Emo’s in Austin, Texas featuring the tracks ‘Blank‘, ‘30$ Bag‘ and the Melvins cover ‘Easy As It Was‘, now stream all 3 videos below.

The band has also booked an additional handful of live takeovers following the fest including a special Halloween show at the fabled House of Shock in Jefferson, Louisiana, confirmed dates are below.