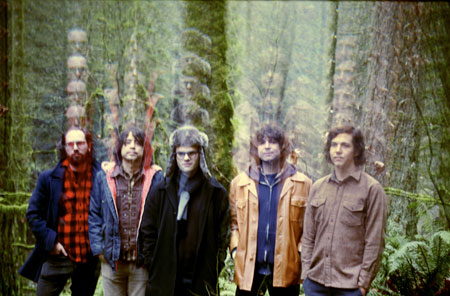 Cosmic overlords ETERNAL TAPESTRY today premier a new live video for the track ‘Cosmic Manhunt’, the footage is taken from their 20th anniversary hometown performance in Portland last year which you can now stream below…

The film was produced by Folk Hero Films, camera’s by Ben Sellon, Anders Lund, Matt Hayes and the final piece was edited by Gabe DeLoach.

The video also coincides with ETERNAL TAPESTRY hitting the road for a month long UK & Euro tour throughout April and May which also takes in the annual Roadburn Festival, the full tour dates are as follows:

ETERNAL TAPESTRY are currently supporting their latest album ‘A World Out of Time’ which was released late last year via Thrill Jockey Records and is available now.