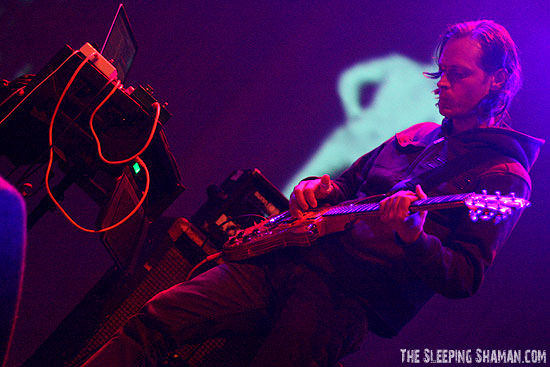 Roadburn Records is proud to present yet another installment in the ever expanding ‘Live At Roadburn’-series. After releases of Chelsea Wolfe, Ulver, Conan and Bongripper we conclude last years quintet with The Netherlands’ own The Mount Fuji Darkjazz Corporation with an album simply called ROADBURN.

The Mount Fuji Doomjazz Corporation is the heavy droning improv incarnation of The Kilimanjaro Darkjazz Ensemble. The music taps into the blistering low-frequency guitar soundscapes, augmented with smatterings of electronic skullduggery and eruptions of cello and trombone. The overall effect of this ensemble conjures expansive sonic wastelands which seem to heighten in sludgy intensity as the sessions go on. Combining subtlety with mightily impressive cinematic-sounding climaxes. Across draughty plateaus of bottom-heavy bluster, arcs of grim string instruments sound out, making for a surprisingly digestible bout of improvisational doom. 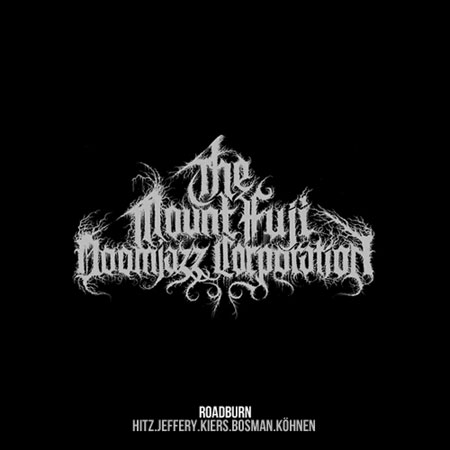 T.M.F.D.J.C release their 5th live album ‘Roadburn’. Recorded live April 12th 2012 at the famous Roadburn Festival in Tilburg, where the Corporation had the honor of opening on the main stage on Sunday at the Festival’s Afterburner.

‘ROADBURN’ is The Corporations heaviest and darkest journey into abstract alien industrial territories. During this show the animations of Harry Smith guided the band through this darkened journey of colossal darkness…

The album is available on the bands Bandcamp page on ‘Pay What you Want’-basis or on CD and Double Vinyl (black and gold) in the Burning World online store. Listen to the whole album below: