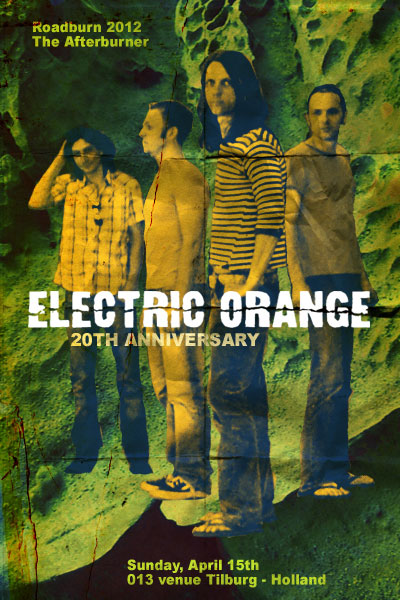 Electric Orange has been confirmed for Roadburn‘s Afterburner event on Sunday, April 15th at the 013 venue in Tilburg, Holland.  The neo-krautrockers, who put in an extraordinary performance at the 2008 edition of Roadburn, return to celebrate their 20th anniversary with a special set.

Over the years, Electric Orange have been channeling the essence of krautrock on great albums including Abgelaufen!, Platte, Morbus and Netto while simultaneously expanding on the genre and improving their craft. You can read more on Electric Orange at Roadburn 2012 along with tracks available to stream here.

There are approximately 50 tickets (out of 2000) left for Roadburn‘s traditional Afterburner scheduled on Sunday, April 15th. Be sure to get yours before it’s too late and more info can be found here.

RIP Pete – May You Rise To Thunder!