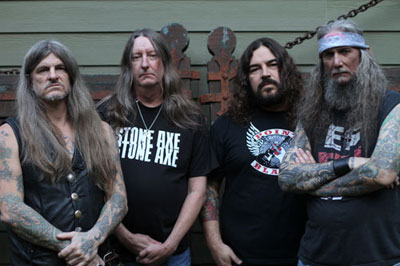 The long-awaited new album from U.S. doom legends SAINT VITUS, “Lillie: F-65”, will hit the stores this spring via Season Of Mist. Due to “manufacturing issues,” the North American release date will be announced later. The CD is tentatively due on April 13 in the rest of the world.

In the meantime, SAINT VITUS will release a seven-inch single featuring “Blessed Night”, a track from “Lillie: F-65”. The B-side is a live version of classic VITUS tune “Look Behind You”, recorded in December 2010 at Z7 in Pratteln, Switzerland.

The “Blessed Night” seven-inch single is limited to 1,000 hand-numbered copies. Pre-order it at this location. 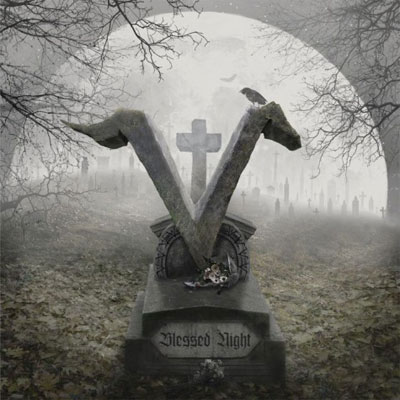 Speaking to Terrorizer magazine, SAINT VITUS frontman Scott “Wino” Weinrich stated about the band’s new album title, “Y’know the reason we called it ‘Lillie: F-65’? It was a powerful downer back in our day and well, Dave [Chandler, guitar] really had a thing for his downers.”

“Making this album was really a blast,” said Chandler. “Being able to live in an environment where all we had to concentrate on was the new material, became very inspiring. And along with our new drummer, Henry Vasquez, and label, Season Of Mist, this record has given us a new opportunity to show everyone that we still have more to shove in your face.”

When asked why he thinks SAINT VITUS‘ music continues to resonate, Wino said in an interview, “Because it comes from the gut. The music has that low tone and it hits you in those emotional places. I’ve always tried to make the lyrics just as interesting as the music. It’s always been a little bit dark but I’m not drawn to the happy stuff. I like music that grabs you by the balls.”

Superskum has uploaded quality video footage of SAINT VITUS performing the song “Blessed Night” on March 29, 2011 in Denver, Colorado. Check out the clip below.