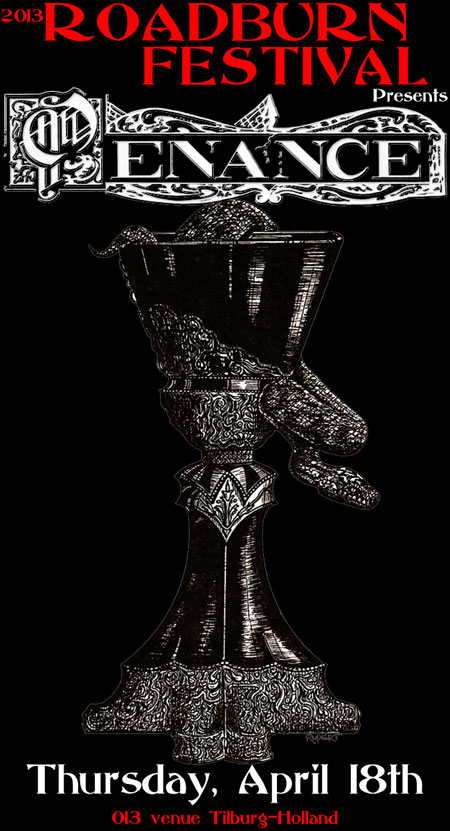 Their name has perennially appeared on Roadburn Festival wish lists. Like many of you, the Roadburn crew have been dreaming of finally getting a chance to see them live. And now, for the first time since touring with Cathedral and Sleep in 1993, doom pioneers Penance will return to Europe for an exclusive appearance at Roadburn 2013!

The ’93 tour was followed by the release of their brilliant second album Parallel Corners on Century Media in 1994. Melodic, thundering, groovy and complete with the occasional exuberant “Oh YEAH!” the record easily stands the test of time.

When asked to comment on it during a 2005 interview, drummer Mike Smail said: “[Parallel Corners] was a loosely structured LP; heavy riffs strung together with improvised loose jamming…I really liked the freedom of that.”

Roadburn are thrilled to host guitarist Terry Weston, bassist Rich Freund and drummer Mike Smail as they reunite with vocalist Lee Smith for an exclusive European appearance at Roadburn 2013 on Thursday, April 18th at the 013 venue in Tilburg, Holland.