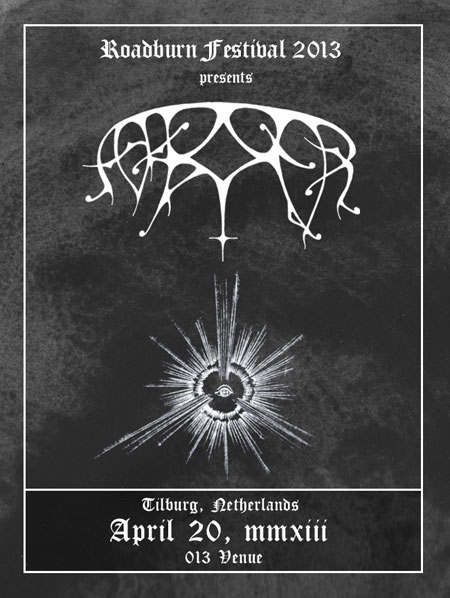 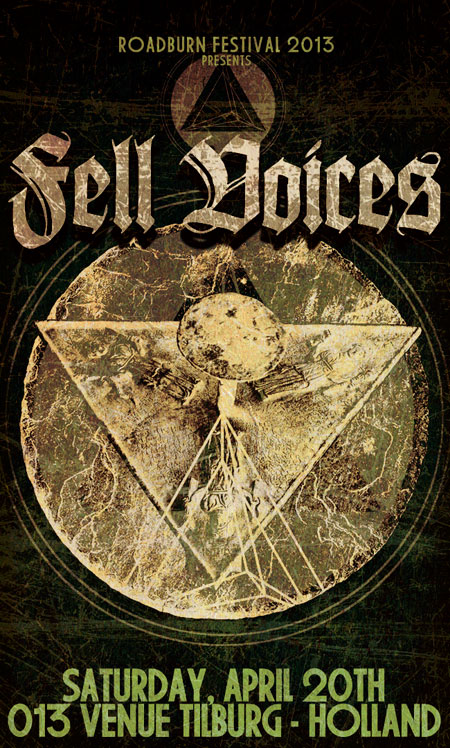 Roadburn are very pleased to announce that California’s black metal horde Ash Borer will be playing the 2013 festival at the 013 venue on Saturday, April 20. Ash Borer is one of the leading forces in U.S. black metal, combining an old-school sound with truly epic songwriting, like their Cascadian black metal brethren Wolves In The Throne Room. Their twin guitar work is particularly unique and compelling as they often maintain harmony while playing different progressions, and it is buttressed by furious and complex drumming.

In only 4 years, Ash Borer have managed to carve out an important path for USBM. While many of the early USBM bands have either run their course or veered into black metal fusion, Ash Borer has created a distinctive and relevant sound that manages to make colossal, labyrinthine songs that are completely true to the lo-fi necro black metal sound.

Their latest release, Cold Of Ages, is a great example of the band’s ability to incorporate chilling ambient passages and occasional influences of doom and drone into their songs while still identifying totally as black metal.

Fell Voices will be playing at the 013 venue on Saturday, April 20 as well. Hailing from the not-so-frozen tundra of Santa Cruz, California, Fell Voices manage to produce utterly chilling raw black metal despite their beach surroundings. Still extremely underground, Fell Voices are a viciously powerful 3 piece band with 2 full length LP’s (one self-titled, the other untitled) and a split with Ash Borer to their credit.

They use droning repetitive parts to creative a mesmerizing backdrop for their aggression and fury, with craftily hidden melodic changes to maintain interest over the course of their album-side length tracks. Last year’s Untitled release shows a definite growth in their sound and songwriting over their debut, promising more great things to come.