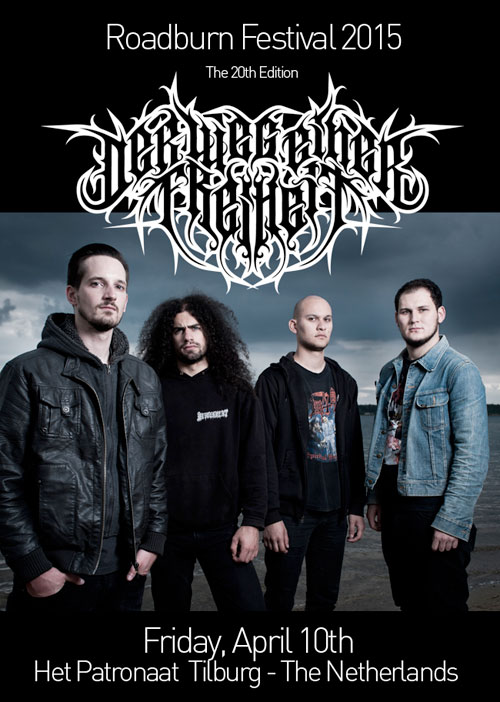 Der Weg Einer Freiheit‘s latest album, Unstille, released back in 2012, is an emotionally poignant and refreshing affair. Typically slipping from sludgy dirges into a cacophony of blast-beats, distorted guitar and guttural shrieks shot through a myriad of tremolo riffs and soaring leads that constantly weave around each other in immaculate melodic flourishes. Injecting the best elements of notorious, second wave black metal with brooding, melancholic melodies, but also complex guitar harmonies, puts Der Weg Einer Freiheit in the vanguard of Germany’s engaging black metal movement

Impatiently waiting for the follow up to Unstille , we’ll be anticipating Der Weg Einer Freiheit‘s Roadburn performance on Friday, April 10 at Het Patronaat in Tilburg, The Netherlands just as much. Der Weg Einer Freiheit are currently in the studio working on their new album, which will be released in 2015 through Season of Mist.