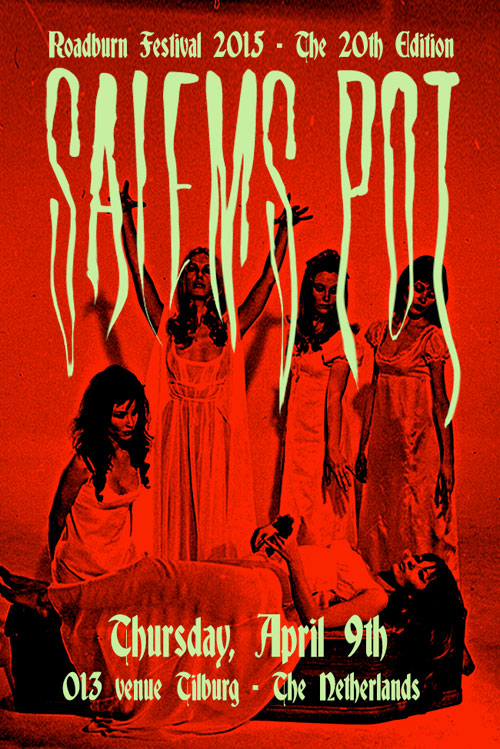 Firmly rooted in the red-eyed rituals of the heady ‘60s and dead ‘70s, and shabby, feverish catacomb 8mm smut by the likes of Jess Franco, Sweden’s Salem’s Pot are clearly on the rise, channeling ultra-fuzzed acid-blues into psychotropic lo-fi doom.

You know what to do when Salem’s Pot will hit the 20th edition of Roadburn Festival on Thursday, April 9 at the 013 venue in Tilburg, The Netherlands.

In related news:  Salem’s Pot are about to release the Ego Trip 7” through RidingEasy Records on September 16th.

Salem’s Pot – Ego Trip / Yer Doom is bombastic and recommended at high volumes with a healthy dose of marijuana for optimal enjoyment. These are the shortest songs to date that the band will have released and if it is a sign of what is to come, you are all in for a real treat! Don’t believe them, take a listen over on Roadburn.com.

THE ACCÜSED Return To The UK And Europe With Fresh Songs And A New Line Up!