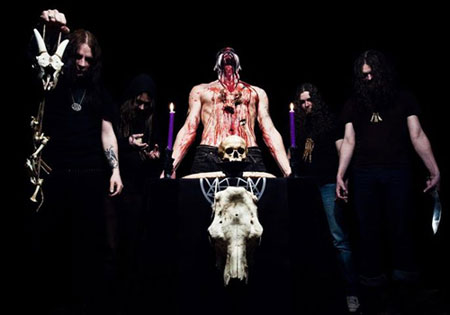 Finnish masters of dark psychedelia DARK BUDDHA RISING proceed onward after their last years epic release of three 12” EP’s entitled Dakhmandal. Now their debut live recording is being released on limited Cassette from their much celebrated performance at Roadburn Festival 2012 in Tilburg, The Netherlands, via Future Lunch and pre-orders are now available from the labels webstore HERE.

Known from their black psychedelic art and performances, DARK BUDDHA RISING has gained major acceptance beyond borders. They are now serving you a unique glimpse of their previous guidelines as presented in this 2012 one-of-a-kind event. An event in which minds were trembled and all mountains shook up and to quote Saul from his Roadburn Festival 2012 review “I stood anxiously awaiting the Finnish hordes’ arrival into an increasingly crowded Green Room. What followed was easily the most disturbing, theatrical and downright scary performance I’ve ever witnessed at this festival. The claustrophobia caused by the cramped room, the smoke and the volume was disorientating.” 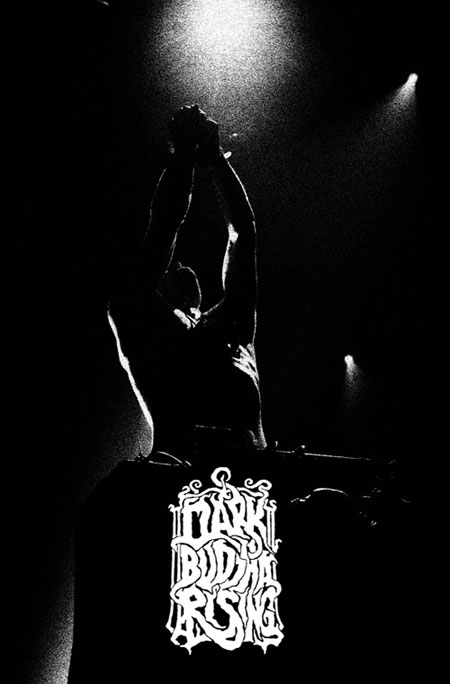 As it was reported yesterday, DARK BUDDHA RISING will also be hitting the roads of Europe throughout April in the form of a collaboration with MR. PETER HAYDEN, the full dates are as follows: