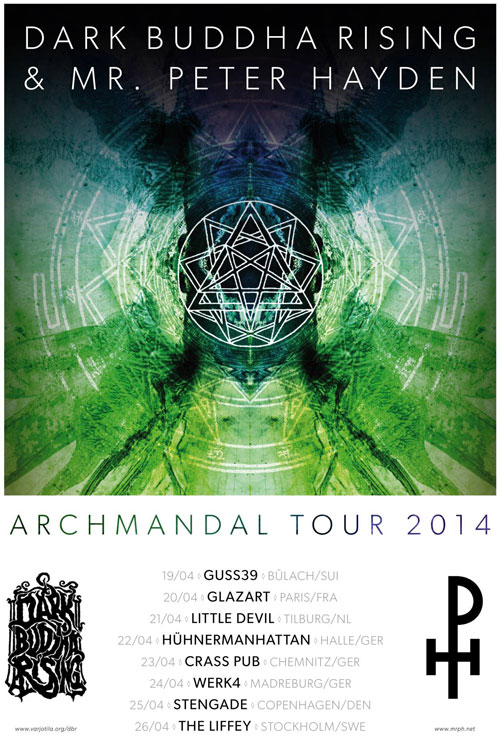 Dark Buddha Rising have released four albums of their signature monolithic dark psychedelic art and gained full acceptance throughout Europe. Last year they opened for Neurosis and are now back to challenge your senses.

Mr. Peter Hayden are known from their lengthy compositions and in-depth instrumental approach on sonic psychedelia. Now they are putting out a two-hour piece of music in form of a double album and returning to Europe to continue where they left off at last years Roadburn Festival.

Prior to the tour Mr. Peter Hayden will release a double album entitled Archdimension Now. This will complete the album trilogy they have been working on since 2009 and will be released through Kauriala Society on April 11th.

Also Dark Buddha Rising have a new release coming up. Live at Roadburn 2012 will be released through Future Lunch on cassette only on April 4th.