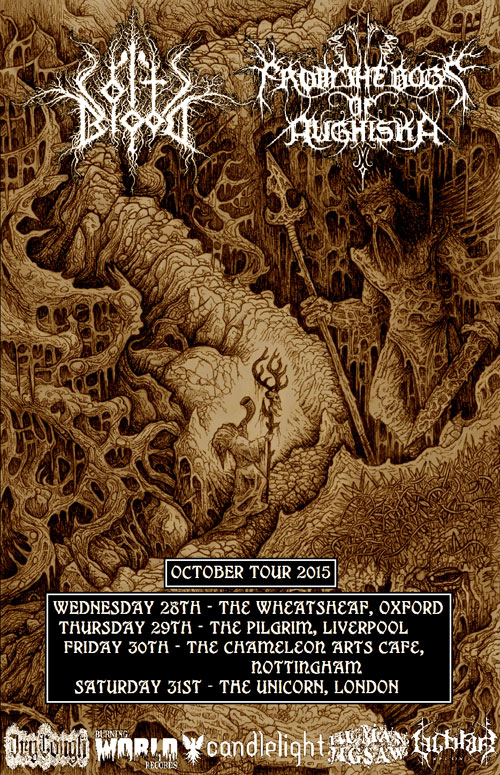 As the veils of to the otherworld thin and Winter begins, COLTSBLOOD and FROM THE BOGS OF AUGHISKA are to join in their offerings to Crom Cruach this Samhain as they travel across England over the Winter’s first Full Moon: 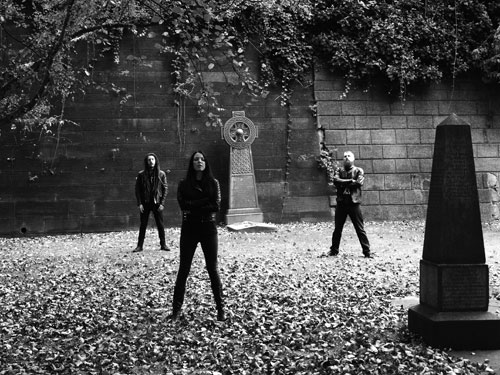 COLTSBLOOD are set to summon their gut wrenching blackened doom in celebration of an important time of the year, when the veils are at their thinnest, the Moon is full, the dead will join us, Winter will return, and much feasting, drinking and honouring of the Gods and the dead will take place. Since releasing their demo Beyond The Lake Of Madness in 2013 and debut full length in 2014 via Candlelight, Dry Cough and Burning World Records, COLTSBLOOD have relentlessly toured with the likes of CRYPT LURKER, HORSE LATITUDES, NINKHARSAG and OMMADON across the UK & Europe cumulating in a performance at the legendary Roadburn Festival, described by The Obelisk as “Hyperbole-worthy madness that even H.P. Lovecraft himself would stare at and be like, “Damn, that’s horrifying.” COLTSBLOOD now set their sights on a follow up to the devastating Into The Unfathomable Abyss which will see the band explore the darkest recesses of their minds, the past, and death itself.

More info on FROM THE BOGS OF AUGHISKA… 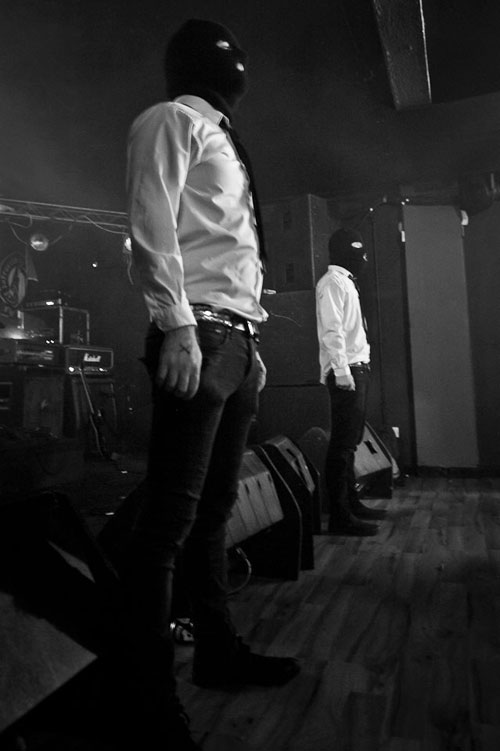 Hailing from the harsh coastline of the West of Ireland FROM THE BOGS OF AUGHISKA deliver eerie atmospheric rumblings with a terrifying fusion of dark ambient and black metal; imagine Lustmord remixing Darkthrone. Their 2013 full length Roots Of This Earth Within My Blood, crowned Bizarre Magazine‘s album of the year, featured a guest spot from Mories of GNAW THEIR TONGUES, giving a hint at the kinds of enveloping, nightmarish sounds going on here. Taking inspiration from Ireland’s bleak environment, rich history & culture, FROM THE BOGS OF AUGHISKA bring to life the myths, legends and spirits of their homeland in a live experience which includes footage of the bleak, barren and primitive landscapes from which the band has arisen.