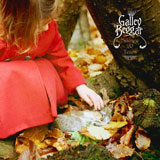 LOVE LOVE LOVE this fucking thing!  Galley Beggar’s new release, Silence & Tears is good, real good. Now, for you young metallers, it may not be your cup of tea…yet. I say that because this is quite a departure from what you’re probably used to listening to.

When I first threw this album on, I at first thought that I had accidentally loaded up an old Sandy Denny album; either that or one of my Steeleye Span classics. Holy shit though; this is brand new and very very well conceived, played and executed.

Again, if you’re not into or used to this genre, you may be shocked a bit. I say that you newer, younger music fans may not at first be able to give this a chance, because I remember when I was a cute little sprouting metal head, metal was all I listened to or even gave a chance. As I “seasoned” and started looking elsewhere for music to tickle my eardrums, Jethro Tull, Steeleye Span, Fairport Convention (Richard Thompson, Sandy Denny) and the sound they were courting became another favorite genre of mine. So, I say all of that because I want people to give this a chance. You just may like or even love it. For example: I bought Trouble’s first album right when it came out (on white vinyl no less) way, way back when it was still their self-titled album and I later grew into enjoying other stuff; one being that English folk/rock thing. It could happen to you. For God’s sake, HAVE AN OPEN MIND!  Overall and generally in your life, but for new music as well.

Within the first two chords of Silence & Tears, I found myself looking around for minstrels, kings, queens, bards, and even perhaps Jethro Tull. This album, if you haven’t gathered by my comments yet, harkens back to Renaissance or Medieval times. Galley Beggar, the band, consists of many of the diverse instruments used during those eras, but the real pull for me here is the female vocalist with her haunting delivery invoking ancestral spirits, ideas, contemplations, regrets, sorrow, maybe elation, and yes, good music. Further, very impressive is the production, clarifying each of the band member’s offerings.  You can clearly hear the violin, the drums, the guitars, the vox and for a band of this type, that makes all the difference.

Do not look for a mean Les Paul crunching away or a cookie monster acting mean on vocals. It aint here. This is pure modern English folk/rock music.  If you happen to have any European blood in you, be it English, Irish, Welsh, German, etc, and you have an open mind to music beyond the typical awesome heavy shit, your spirit will probably come alive with some kind of new wonder and mystery. This album did that to me. Of course, I already am a fan of that genre, so my ears, at once, perked up upon the first listening of this. I have to say, maybe twenty listens later, these ears still look forward to and enjoy this work.

Looking for an album to make you sonically “feel”, in a newer, but at the same time, ancient way, go buy Galley Beggar’s Silence & Tears. I would have to challenge anyone to say that this is objectively not good. It is good. Actually, it’s great. Once again, I loved it. Really. 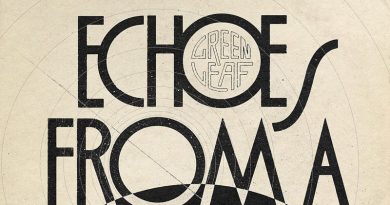 Review: Greenleaf ‘Echoes From A Mass’ 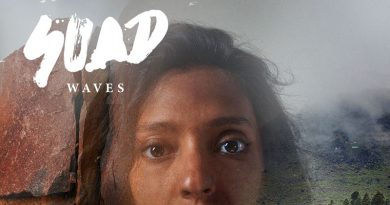