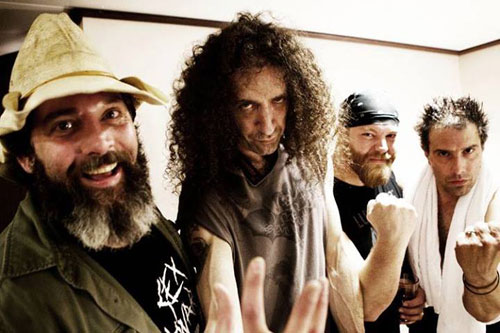 Following the recent news that BRUTAL TRUTH will be calling it a day and hanging up their grinding shoes this October, the band have started to announce their final European shows. The four-piece grind crew will play several more dates throughout the year, some of which have already been announced – including their final appearance on British soil. They’ll play Temples Festival this May alongside the likes of Electric Wizard, Neurosis, Tombs, Clutch and many more.

Of their appearance at Temples, Danny Lilker dialed in the following “OK people, this is it! The last BRUTAL TRUTH UK show! Unlike that well known and loved British icon Ozzy, when we say we’re done, we’re done! Come on down and grind with us one more time. Love, Dan Lilker” 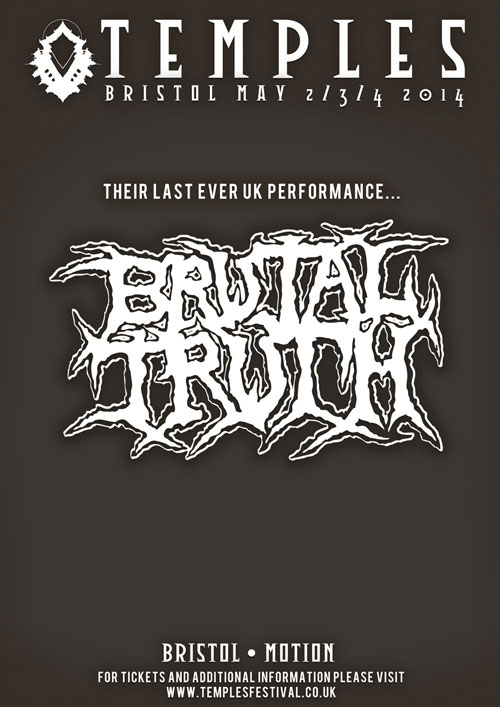 In addition to announcing their final tour dates, BRUTAL TRUTH have also unveiled the brand new video for the track Stroy. The video is being exclusively premiered worldwide today via Terrorizer.com – who describe the video as “a creepy and atmospheric journey that sees our grind heroes zoning out and and embarking on an astral dirge that’ll give you nightmares for weeks.” Watch the video HERE.

Stroy is taken from the recent bone crushing release from BRUTAL TRUTH – a split with BASTARD NOISE entitled The Axiom Of Post Inhumanity which was released in November 2013. The split album, drummer Rich Hoak promised, would “fry your brain“, a view that many reviews agreed with. Combining over four decades of grinding noise dominance, The Axiom Of Post Inhumanity is a long overdue pairing of extreme music veterans that is sure to push the limits of even the most masochistic listeners. Both the CD and LP formats of the release contain entirely different sets of music from both bands while the digital version collects all of the tracks onto one compilation.

The Axiom Of Post Inhumanity is streaming over at Bandcamp – you can listen to the whole release below & HERE. To purchase the album in a physical format, click HERE, and to buy from iTunes click HERE.