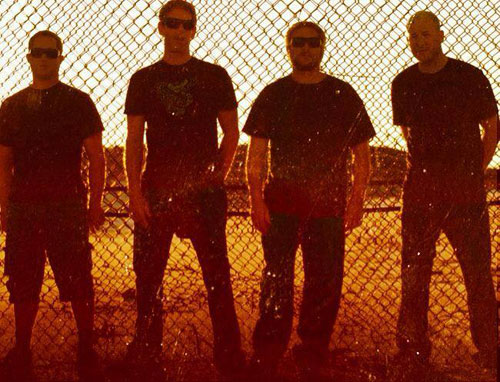 Virginia riff-wranglers, FREEDOM HAWK, will swoop into Europe later this week for a seven-date live incursion through Germany, Belgium, France, and The Netherlands. Slated to kick off this Saturday, the short run includes a stop at this year’s Roadburn Festival in Tilburg.

Hailing from the barrier dunes of Tidewater, FREEDOM HAWK’s brand of dark, girthy, sun-fueled stoner rock is a brow-raising sound excursion reminiscent of rock’s heyday of the ‘70s. On the band’s high-potency live show, Performer Magazine boasts, “[FREEDOM HAWK is] East Coast’s answer to Fu Manchu, keeping it simple and thick with harmonious metal groove. It wasn’t heavy riffs and growls, but power riffs and a soulful rock delivery wrapped in metal packaging. FREEDOM HAWK’s sound is large, like trying to force an elephant to fit in a closet. It’s also melodic for such heavy-handed playing. Walls of guitar riffs were pushed out heavy, soaring and moving like swells and waves at the same time.” 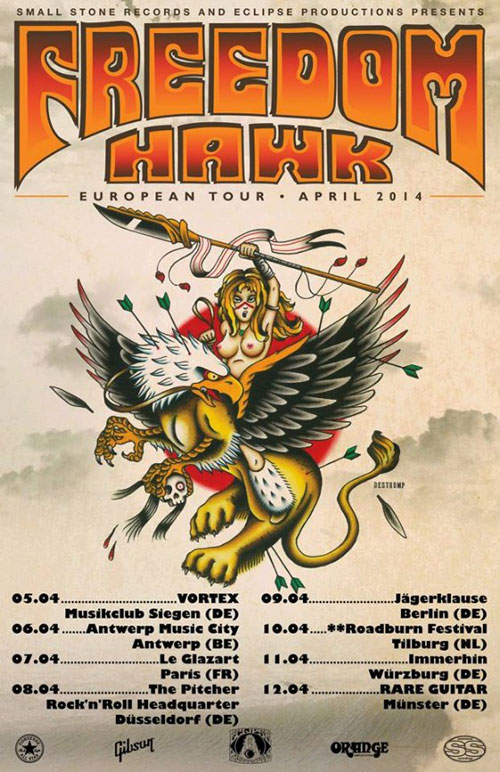 FREEDOM HAWK will be touring in support of their critically-lauded Holding On full-length, released in 2011 via Small Stone Recordings. Vintage Guitar Magazine applauded the offering noting, “This quartet’s material owes a bit to ’70s stalwarts like Black Sabbath and Uriah Heep, but with fresh arrangements and tight song structures in fairly complex patterns. Crisp guitar leads and driving percussion propel the proceedings, and the sound is full even with few guitar overdubs,” Heavy Planet championed the band’s, “fist-in-the-air, wind in your hair rock and roll that will make you feel damn good,” while All Music noted simply, “FREEDOM HAWK are just plain impressive on this here album.”

Following their European trek, FREEDOM HAWK will return to their creative home nest to put the finishing touches on their forthcoming new long player set for release in late 2014/early 2015. Stay tuned…