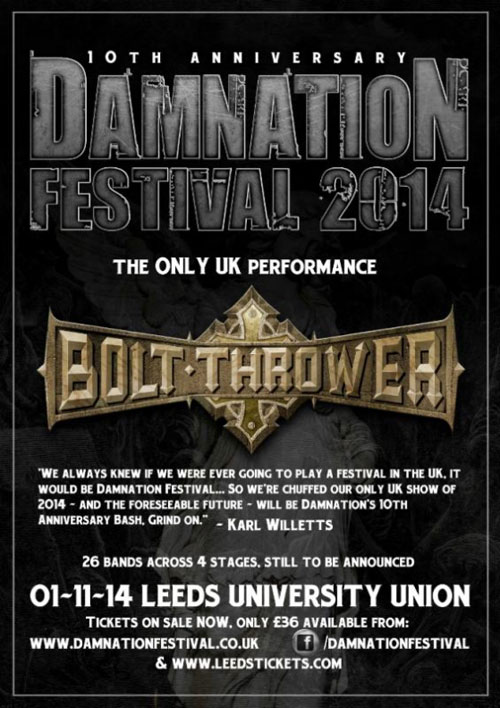 The Coventry quintet, who haven’t performed on home soil since selling out London’s Forum in 2012, will play the Leeds event on Saturday, November 1, in their only UK appearance for the “foreseeable future”.

The one-off performance – which will also mark the first time BOLT THROWER have ever agreed to appear at a British festival – will be a highlight of Damnation Festival‘s 10th anniversary celebrations, with at least 26 more stunning additions to be added across four stages.

Vocalist Karl Willetts said: “Well, we always knew if we were ever going to play a festival in the UK, it would be Damnation Festival; as we’ve only heard good things about it from mates who’ve been, and other bands who’ve played it. So we’re chuffed our only UK show of 2014 – and the foreseeable future – will be Damnation’s 10th Anniversary Bash… Grind on.”

Diagonal To Complete The Lineup For The 2013 Roadburn Afterburner