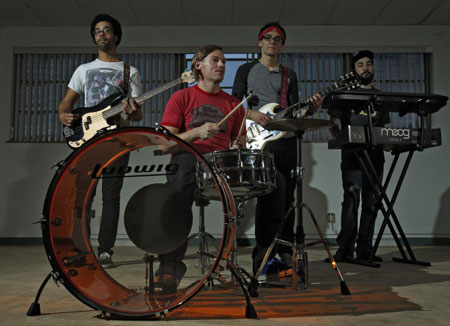 Devouter Records are proud to present the release of ‘Moonliner‘ by Columbus quartet BRUJAS DEL SOL which is out today, April 15th 2013, on limited Purple & White Swirl Vinyl and Digital Download, orders can be placed on the Devouter Records webstore HERE and the full album can also be streamed below.

BRUJAS DEL SOL is a psychedelic quartet that focuses their attention toward fuzzed out, loud, swirly, droney compositions.

Old bandmates Adrian Zambrano (guitar, vocals) and Derrick White (bass) formed BRUJAS DEL SOL with drummer Jason Green in the fall of 2011. Instead of pre-writing songs, the band took a more organic approach; recording every improvised jam session. After a few months, hours of musical ideas were captured. Listening back, the band picked a couple of favourites which became their first songs. A variety of musical ingredients began to melt into a sound of their own; hypnotic krautrock, fuzz-laden blues grooves, swirling surf-rock, ambient drones all found their ways into songs.

During the spring of 2012 the band hit Electraplay Studios which yielded two EPs-Moonliner volumes 1 & 2. As the writing process became more demanding, the band wanted to add a keyboardist. Ryan Stivers joined that summer and the band went forth composing music for the last installation in their Moonliner trilogy.

While spending most of the summer writing and opening for national acts A Place to Bury Strangers and Black moth super rainbow, Moonliner volume 3 was recorded and finally released December of 2012. After reworking Vol.’s 1 and 2, several favorable reviews and countless hours of honing and refining their craft, the band is poised to bring to you The Moonliner LP.

During the course of 2012 the band recorded three separate volumes of the ‘Moonliner‘ series releasing them on their bandcamp page to raise awareness of band. The three volumes were then re-recorded at the end of 2012 with the addition of new member of keyboards for release through Devouter Records. 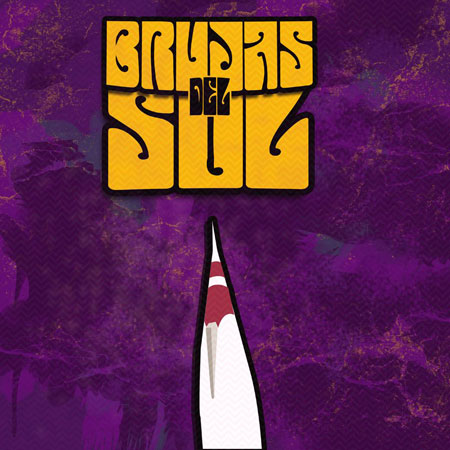