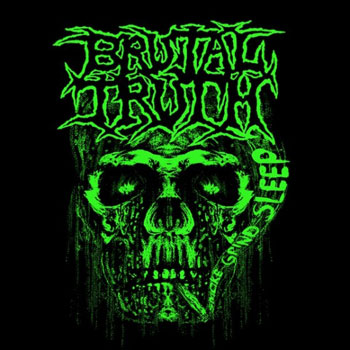 Throw a wrench into your day and jack-in to Gunshy Assassin, now streaming both tracks RIGHT HERE.

The EP can be purchased now via iTunes. Additionally, Relapse just hooked up a brand new glow-in-the-dark T-Shirt specific to this release which you can order here.

Walking Corpse 2112 EP sees release just a few weeks after the band’s freshly-baked full-length, End Time, which was released at the end of September on CD, Deluxe CD, LP and digital via Relapse Records. The album is available for purchase here.