Bongripper reside in Chicago, US and deliver a truly hypnotic journey of Psychedelic Doom and a band if your into the likes of Ufomammut, Earthless, Om, and 5ive I urge you to check them out. With 2 successful full length releases ‘The Great Barrier Reefer’ & ‘Hippie Killer’ as well as an extremely limited experimental drone album entitled ‘Heroin’ under their belts I caught up with their 2 guitarist Nick & Dennis to get the lowdown on the past, present and future of Bongripper.

Lets start at the beginning by asking how Bongripper formed, how long you’ve been together and your current members?

Nick: The band started as something we would joke around with while practicing with our death metal band at the time. It turned out that we had more fun playing improve Doom than fast metal. This was around the summer of 2005, we went into the studio in August with a couple riffs and recorded 80 minutes of music called ‘The Great Barrier Reefer’.

The music of Bongripper certainly takes you on an epidemic journey, but how you would describe the despondency you create?

Nick: We try to create atmospheric music. The atmosphere has been different on each album such as the drone jams, noise drone and heavy riffs. We do what we feel like in music, so you never really know what we might put out.

What influences both yourself and the rest of the band from a musical and personal standpoint?

Nick: The world is garbage. Our music reflects that.
Dennis: My hatred for mankind.

And what subject matters do your songs cover? 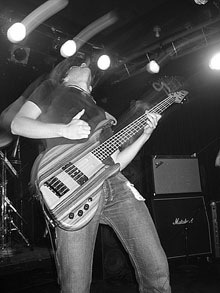 Why the name ‘Bongripper’ and does the ‘sacred herb’ play a major part in both your personal life and the band?

Nick: I made the name Bongripper as a joke one day after we decided that Sleep wasted 17 mins of CD time with ‘Dopesmoker’. The name stuck since.

Your debut album ‘The Great Barrier Reefer’ is 1 track which lasts an awe inspiring 79mins that sends you on a long and twisted bong fuelled voyage, so can you tell us how you wrote the track, did you intentionally want it to last 79mins or is it something that just happened while you were jamming?

Nick: We intentionally set out to make an 80 minute song, to be longer than “Dopesmoker”, but we didn’t really try to stretch out parts or focus on obtaining lengths. I’m not sure if Dennis needed to cut down anything when he mixed the tracks.

And what has the feedback for it been like?

Nick: The feedback has been mostly positive. I think more positive than ‘Hippie Killer’ actually.

Your 2nd album ‘Hippie Killer’ takes a different format to your debut release as it features 10 tracks, again lasting 79mins, but has the feel as though it should be listened to as 1 piece of music, would you agree with this comment, or should each track be treated as its own individual song?

Nick: In my eyes, ‘Hippie Killer’ is one song that is separated in 10 tracks (with their own titles). 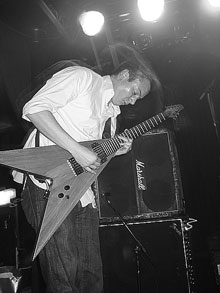 And again what has the feedback for it been like?

Nick: The feedback has been really good.

You’ve also released an experimental/drone album ‘Heroin’ which was limited to just 25 copies and sold out within 12 hours! Sadly I wasn’t lucky enough to purchase 1 so can you tell us a little bit more about it, why was it so limited and will you ever re-release it?

Nick: I was pretty sure that most people would not like this album considering it was a noise drone album with no drums. It was something fun that we wanted to do and we did it. We limited the release because of the packaging. We felt that 25 would be enough for people that wanted the ‘weird’ packaging we set for it. I thought it would take a month to sell all 25, not 12 hours though. We plan on re-releasing ‘Heroin’ in CD format like we did with ‘The Great Barrier Reefer’ Re-release with a slip-case in an insert like a 7″. This will probably be limited to 50 at first.

And what about the crazy packaging complete with every junkies tools of the trade as I certainly had a chuckle to myself when I heard about it?

Nick: There’s a track on the album that sounds like we shot up and fell asleep on our amps. The name ‘Heroin’ came from that and packaging is to compliment the sound of the album.
Dennis: We wanted to include more, such as a needle and a lighter, but customs can be a real pain in the ass.

Your based in Chicago, so can you tells us a little bit about the scene there, is it easy for you to get gigs and what’s the support like?

Nick: Not a fan of the Chicago scene.
Dennis: For me it’s not the scene that I am not a fan of, but some of the people. Most of the bands we play with are really cool people. But just because you booked/played with Winger back in the 80s doesn’t give you the right to be an asshole. In fact, you should apologize to people for that. 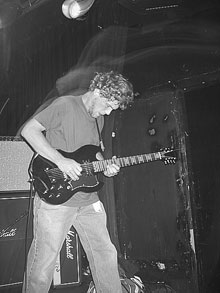 Do you have any plans to come over to Europe to play?

Nick: I wish we had money and time to tour Europe, but currently we do not.
Dennis: Although if we found a place that we could trade in our hopes and dreams for plane tickets we would be there in a heartbeat… Does anyone know of a company that will do that for us?

You recently recorded some new tracks so can you tell us how these recordings went, what releases they are planned to feature on and any idea of when they’ll be released?

Nick: We recorded a great deal of music. One song named ‘Hate Ashbury’ will be released on a split 12″ with Stoney Mountain from New York. It will also be released in an extended version on CD. We also recorded 2 tracks for ‘The Nihilist EP’ which will be two 3′ CDs based on ‘The Big Lebowski’ film. Angel Eyes and we want to do a collaboration this year so hopefully that happens. We might have some other material in which may become a B-side release down the road as well, you never know. Everything is sounding very heavy.

why the obsession with goats on your myspace page?

Nick: We did not have any live pictures when I made the myspace. I decided to keep the theme going and not put any real pictures of the band in the pictures section. We do actually have live pictures in the blog section if anyone wants to see how good looking we are.

What are you currently listening to and are there any hidden gems you could recommend to people?

Nick: Has anyone heard of Morbid Angel?
Dennis: Bjork, As far as hidden gems, this band from Chicago called Del Rey.

Check out all the latest goings on with Bongripper at: www.myspace.com/bongripper 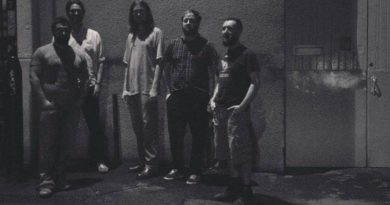