Mary Bell hail from The Netherlands and churn out some Monstrously Heavy Sludge/Doom with a torturous dual vocal attack! They’ve just finished recording their first official album and are currently looking for a label to release their filthly downtuned madness, so read on to read what Pieter had to say about the despondent sound that is Mary Bell!

Hails Pieter, as with the case with all of my interviews, we might as well start at the beginning with when you formed, how you got together and a brief run down of your current members?

Hails!
Roy, Eelce & Sanne had this drone thing going on for a couple of months, they did a gig with that but it wasn’t really moving. I (Pieter) played with Sanne & Roy in a sludge band called Sweet Willy Rollbar before, which fall apart basically because having no drummer. Well to get to the beginning of MARY BELL… that drone project found a drummer called Fletcher, and then they asked me to do vocals again. When we practised for the first time as a group, also this punk guy Friso came up and did some horrible screams, so he came to stay. After some time Sanne (guitar) wasn’t into it too much, so quit.

This crazy gang called Mary Bell from then on was/is:
Fletcher – drums (he’s crazy and got a fanclub in Sweden and in Spain)
Roy – bass (grumpy old man, mad at the world)
Eelco – guitar (silent maniac)
Friso – vocals (should be forced to take medication)
Pieter – vocals (violent hippie)

For those unaware of Mary Bell, how would you describe the music you play?

We’re a filthy Sludge band, Sludgedoom or whatever. I’d like to describe our music as Heavy, Boring, Annoying, Slow, Nasty & Raw…

And what influences the band both musically & lyrically?

…we have all different influences and I have no clue what the other guys are influences by except for the Melvins, Corrupted, EHG, Noothgrush, Harvey Milk etc you’re able to name the rest. For me it’s all about Toadliquor, Buzzov*en, Burning Witch blahblah whatever. Lyrically it’s not much different from the usual either. Drugs, outcasts, some politics, hate, frustration and other pathetic shit you have to deal with in life. No happy shit going on in Mary Bell!! 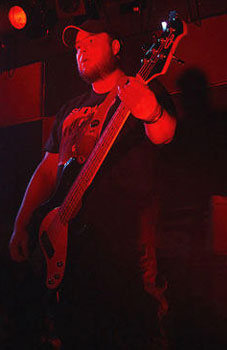 You also took your name from notorious child serial killer ‘Mary Bell’, it certainly suits the mood & despondent nature of your music so can you tell us the reasoning behind this, who came up with the initial idea and do any of your members have a fascination with serial killers?

Pheww… I think it was Roy who came up with this happy little girl. We have no special fascination for serial killers, but somehow this name is ok. It’s sounds cute so that makes a contrast with our music and I like the idea of a child without any regrets.

Your also one of the few ‘Doom’ bands to feature 2 tortured vocalist, to me it certainly added another dimension to your music, so can you tell us how you came to the decision to add a second vocalist?

There was no ‘decision’, it just happened like that. It works really well, because I’m all about rasping screaming and Friso got the technique for lots of volume. We have a different style really and also the way we fill stuff is different because we listen to varying stuff, so we make each other better by doing our own thing. On the other hand, screaming is screaming and I’m sure lots of people wouldn’t notice it’s two different cats bashing the mics…

As its stands, you’ve only recorded the tracks from ‘The Derek Sessions’, why was it never ‘officially’ released as a demo, why you chose to have the tracks only available for download and where can people obtain them from?

We had this opportunity to get some recordings for free, thanks to our friend Derek! We crammed those songs on tape in 2 hours, of course the result shows. It was the period Sanne was still in the band and we all play on our own, while our power is that we function as one living cell. That got lost in the studio, but it’s cool enough as a demo. I think lots of people downloaded it through SoulSeek/computer file sharing programs and that works. We’re all punks and spreading this stuff to anyone who is interested for free is cool, but to make it a proper release is too much effort for this crap. I’m sure if someone sends an email for those tracks we can work something out. 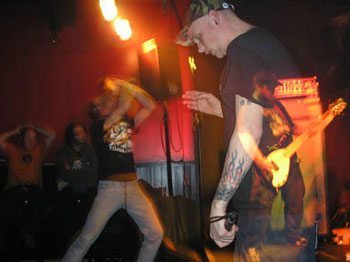 You also have your track ‘Armageddon Jam’ on the Asymmetry Doom Compilation CD release on Total Rust, can you tell us how this came about and what kind of feedback have you had from the featured track?

Our track is from above mentioned DEREK SESSIONS. I don’t know how we came in contact with this guy called Gadi, but in the end we were on that compilation and I have to say it looks really tight! People seem to like the comp, and I read a review in which we got praised for our filthy sludge or something like that.

As mentioned in the intro, your based in The Netherlands, so can you enlighten us to what the ‘Doom’ scene is like over there, do you get many opportunities to play live and the gigs you’ve done so far, what has the reaction been like to your despondent sounds?

There are a couple of bands, but only a handful on the rawer side without that wanky shit going on. I’ll mention a couple bands to check out if people have never heard of them: Heavy Lord, Lahar, Bunkur, HSML (rip) and maybe some more I forgot. We have strong ties with the punk scene so we’re able to play in squats but we also play venues whatever. We like to play, it’s a nice trip for us and we meet people, have smokes, have drinks and laughs. When we play for punks, we get mixed reactions. People into ‘Heavy’ shit seem to like us…

Speaking of gigs, is it important for Mary Bell to play live as often as possible?

We like to play live a lot and I think I speak for the group as I say that it motivates us big time.

And will we ever see you play the UK at some point?

Sure, someone should guarantee us some nice smokes & drinks and we’re ready! Roy knows a lot of people over there and also Friso went to the UK with his band SAF a couple of times, so we have contacts… make it happen! 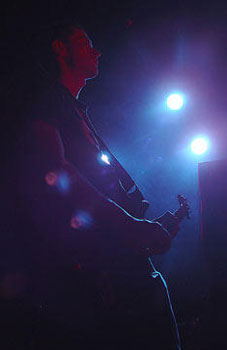 Your also currently recording new material for a forth coming CD, can you tell us how this is going, how many tracks it’s likely to feature, which label will be releasing it and lastly when it’s likely to see the light of day?

Everything is fixed. It got 5 tracks, it’s about 50 minutes full of repetitive beats, pumping bass, dragging riffs and out there screams & nonsense. We sent it to 3 labels that might be interested in putting it out so let’s see what happens. If anyone who reads this interview, has got a label and dares to burn his hands on some Luciferian music: contact us!

And how do the new tracks compare to your previous recordings on ‘The Derek Sessions’?

Our noises are more together and it’s all more focussed. Sound is heavier, we have better songs and also redid some of the Derek Session tracks, so its showing we’re growing to a full blown monster, be careful!

Once the recording is out of the way, what other plans does Mary Bell have for 2006?

More recording, more gigs, putting something out for real, probably playing some shows in the UK (make if happen) and shit like that. We get to know what we’re doing and we’ll continue doing that, crushing everything in our way.

Cheers for the interest, listen to our stuff while being high on good hashies, not that soapbar crap about which my customers from the UK complain about… you got the marijuana growing big time, now just get some decent hash. I wish you happy smokes for 2006 and in the mean time I’m going to get myself a Gin & Tonic or two. It’s not a lucky guess if I say my band mates are doing something like that right now as well. otherwise they’re on their way twisting their sobriety!

All the best Lee, stay RAW.

Check out the latest goings on with Mary Bell at: www.myspace.com/sludgebastards 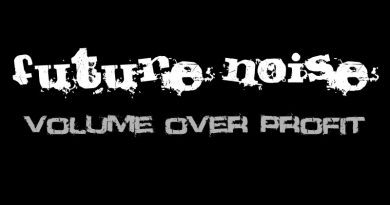 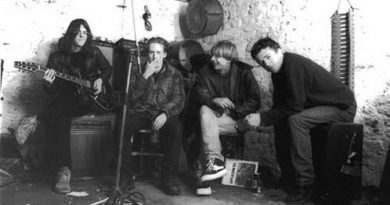