If we were to pit the sonic force of Conan against any other band in the UK, it would be pretty obvious that Conan’s riffs are the schoolyard bullying in that respect, humiliating your pitiful amps and stealing their lunch money. Bludgeoning eardrums since 2007, Conan are a veritable tour de force in the world of doom metal; coining the phrase ‘Caveman Battle Doom’ and making tone geeks the world over have a meltdown every time they put out a new record. Fresh from the release of third album Revengeance, The Shaman collars Conan guitarist/vocalist Jon Paul Davis before he buggers off on tour to America, to interrogate him about everything from line-up changes and life on tour to crappy promoters and what it’s like to play in ‘KRONK’. 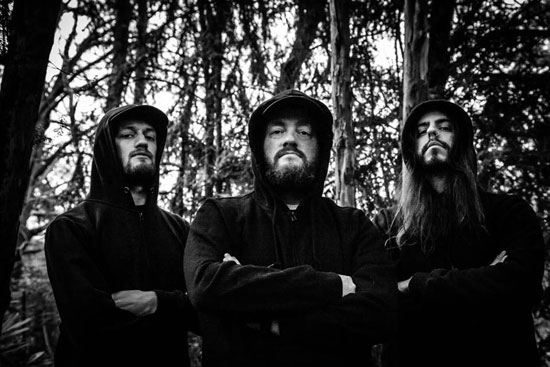 Lots of changes have been afoot in the Conan camp over the last year or so; do you guys finally feel settled? The band, as a whole, seems pretty solid right now.

We certainly have changed a little since the last record, but to us it seems like a while ago now. Rich joined in September/October 2014 and Chris joined in January that year, so you can imagine that it feels like a lot of water has flowed under the bridge since then. However, we do feel totally solid, fortunately, and the album was a lot of fun to write and record.

How are you feeling about the release of ‘Revengeance’? What are your thoughts on the reception it’s received so far?

We’re really happy with how it turned out, first and foremost, the tracks sound just how we wanted and the overall feel of the album is right where we wanted it, i.e. sounding raw and heavy at the same time but with a wider sonic range than other releases. The reception has been great, both from friends who have had a sneak preview and also reviewers online and printed, overall we are very happy. Additionally, we really appreciate the kind words you said in your recent review, you are one of the music journalists that I enjoy reading output from so it was really cool to see you saying so many cool things about the release, thank you from the three of us.

What are the personal highlights of this album for you?

For me there are a few highlights; firstly, the line ‘Your Next’ in ‘Wrath Gauntlet’ relates to the slogan on the knuckles of the ‘Grim Reaper’ shirt you can find on EBay and every dogshit t-shirt retailer online. Those shirts are so lame and we bought Rich one as a joining present, so we just had to squeeze a reference to it on the track. Other highlights include Rich’s playing (he slays), he has injected fire and aggression into our sound and it has really brought the new, and older, songs to life. The vocals sound cool, less distant than before with more attack, also Chris’s bass tone is cool. 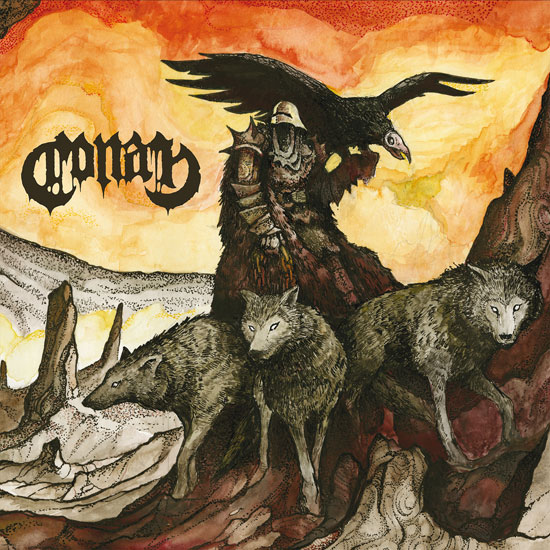 If ‘Revengeance’ could end up on the turntable of absolutely anyone in the world, famous or not, alive or dead, who would it be and why?

I would love for it to be on my Grandparents turntable, in their old house in Hasfield Road (Norris Green, Liverpool). The last time I listened to a record on their record player it was in 1986/1987 with the single Everton FC recorded (called ‘Here We Go’ I think, recorded to celebrate when we won the league). I’d love for them both to still be alive and to be able to listen to my music and realise that the life skills they taught me are being used the right way. My Grandad thought we were called KRONK when he first saw the sleeve for ‘Horseback Battle Hammer’ and I’d enjoy winding him up by mispronouncing some of the song names again. I kinda miss making fun of his bad hearing, but nature is getting me back now as I am a little bit deaf sometimes…

What inspired the lyrical themes of this record? Were there any particular books or movies you guys were reading/watching when this was written?

The lyrics have been inspired by the same things as ‘Blood Eagle’ really, with the addition of ‘Wrath Gauntlet’ (about the old arcade game ‘Gauntlet’) and ‘Thunderhoof’ (a song dedicated to our old tour van). Aside from that we delve into our usual pot of influences like Conquest and computer games, etc.

You’ve gotten about a fair bit on tour in the last couple of years – what’s been your favourite place to play at and why? How about the worst?

My own personal favourite place to play over the last 12 months might just about be Maryland Deathfest, just shading Bloodstock by a little way. MDF is a festival we have wanted to play for a while and we were so excited to be asked. The whole day was fantastic, culminated in a spellbinding performance by Yob. The worst? This little place in Ramsgate where everyone disappeared to get the bus halfway through our set was a bit of a let-down, but the venue itself was cool. The worst show we ever played was back in 2011 at the 1 in 12 Bradford, but that was very early on and shit shows are more common when people don’t know you. The promoter threw the band’s money on the floor so we had to pick it up ourselves, I’m still not sure why he did that but we never went back. 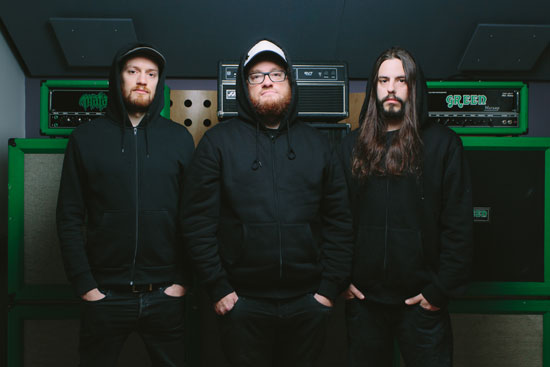 If you had to give one piece of essential advice to a band just about to go on their first tour overseas, what would it be?

Overseas touring is the most fun you can have, it is an adventure and it WILL provide awesome memories for years to come. My best advice is budget well and don’t go over there until you know you can either make a profit or afford to make any loss that might occur. Nothing will spoil your fun like running out of money during a tour so plan ahead. Take plenty of merch, it might save your life.

The best thing? Being asked to play Roadburn both times. We tried so hard to get a slot at Roadburn and when we did (in 2012 firstly) it represented the only time I have felt genuine nerves during a show. That festival itself has such gravitas, such class and is so important to the music scene (ALL of the scene) that playing it felt like a huge honour. Being considered worthy of that festival is the best compliment we have ever had. The worst thing that has happened so far is almost being ripped off by one guy who used to manage us. He was part of a small team who managed us and when we parted ways (their decisions not ours) the other two guys were totally cool yet he started spreading rumours that we owed him money (when in fact we had agreed and paid the fees owed to the ‘company’) yet after parting ways we heard on the grapevine that he had spread rumours outside of that disbanded management team while also trying to claim that he was responsible for our ‘rise in popularity’… I won’t name names but he knows who he is and I warn everyone who asks me about him. The sad thing is that he has his own management business now. Jesus wept.

What’s next on the agenda for Conan?

Well, this year we have a lot of touring to do to support the release of ‘Revengeance’. Our first tour of the year is the US in March and then we have tours in the UK and further afield. We’re excited to get going, it feels like too long since we last toured.

Yeah, thanks for the questions and thanks to Lee and The Sleeping Shaman team. Cheers.

Revengeance (review) is set for release on the 29th January via Napalm Records, it’ll be available on CD, LP & Digital Download while pre-orders are available from the labels webstore now. 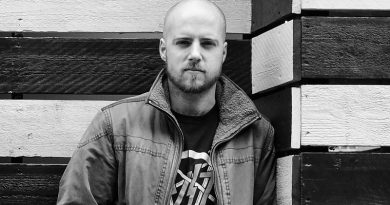 In Search Of Tone: Jack Townley Of Elephant Tree 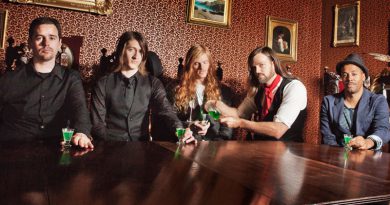 Witchcraft: Q & A With Ola Henriksson