I’m not going to lie, 2022 can suck my left one. My mental health has seriously declined, which had a negative impact on my professional and personal life as my partner of 3,5 years decided it was all too much to bear for him.

However, there were positives, and they are all related to photography. If it wasn’t for my passion for loud music and my self-taught skills of shooting the right folks at the right time, I wouldn’t have met incredible people, I wouldn’t have seen and discovered fantastic bands and I wouldn’t have been back to writing for webzines since I left Paris for Brighton in the first week of 2016.

To be part of The Shaman crew is a dream, an honour and a privilege. Hopefully, my Black queer bespectacled self will rise above in 2023 and continue to do the three things I love doing: taking pictures at concerts, headbanging in a crowded venue and fangirling bands you need to listen to. Onwards and upwards, bitches!

It wouldn’t be a Nessie Spencer article if I didn’t include a Patton-related album and this year, we got a new Dead Cross album. A pretty damn good one if you ask me. It may not have the same sense of novelty that the debut Self-Titled had, but it still has that sense of emergency. It’s thrash, it’s punk, it’s hardcore, it’s bonkers, it’s… well, it’s a top-tier Ipecac Recordings release. At this point, I still don’t know which bits I love the most; is it Mike Crain’s guitars? Justin Pearson’s bass? Dave Lombardo’s drums? ALL OF THE ABOVE! And Mike Patton, he’s baaaaaaaaack. As a massive fan of the man, the boss, the maestro, it feels amazing to see him back at it after his forced hiatus due to a certain virus. This record is very good, and 2023 better be the year we’re going to see more live shows for Patton and his troubadours.

Er… fuck, where do I start? Soul Glo is more than a reference from a beloved film of my childhood, it is everything I wanted rap rock to sound like after Rage Against The Machine called it quits over two decades ago. The Philadelphia quartet may be dropping n-bombs more often that I would like to, but their chaotic style, mixing hardcore, hip-hop and thrash metal is just so up there, you cannot stand still. But the best way to experience Soul Glo is live, trust and believe, you will not recover from this.

The Final Light project had everything to make me wince, despite my immense admiration for James ‘Perturbator’ Kent and my discreet-but-kinda-obvious crush for Johannes Persson (Cult of Luna). But after their Roadburn set earlier this year, I got immediately convinced by this project. Again, if you were there, you know what I mean, if you did not (and I cannot blame you for that), I can tell you this record is a fantastic fusion of two universes, colliding to create a doomy synthwave planet where hope is nowhere to be seen and no one to be found. You are on your own, in a hostile place, grasping for air to survive… and boogie. Yeah, you can definitely dance to this, as much as you can headbang. I didn’t expect it to be this good, and I’m glad that these two proved me wrong.

Did I tell you I love Conjurer? If you don’t know, now you know… (please don’t finish this sentence). It’s just one of those bands when you think they can’t do better than their previous album, then they release a new album, and it’s even better than you thought it would be. Páthos definitely enters that category. Their blackened sludge-doom sound has got even more extreme on this album, and it works so well. It is innovative, introspective and breathtaking. No crumbs were left there, they know exactly what they are doing, and they do it with gusto, especially live as I explained in my live report. What’s not to love?

2022 was the year when I got back to grindcore, thanks to excellent bands like Escuela Grind, Cloud Rat and Wormrot. The latter, hailing all the way from Singapore, ticked all the right boxes for me when I listened to Hiss, twenty-one times. Every song is as dark and brutal as it can get. Blast beats: check. Barney Greenway-like growls: check. Slow melodic guitar: check. Lyrics which make my lefty heart sing: check. It seems to me that despite the line-up changes and various troubles that surrounded the release of this record, Hiss wouldn’t be as infectious if it wasn’t for the organised chaos on which this record was built upon. Plus… Your Dystopian Hell is phenomenal, I cannot wait to see how it will translate when they play Europe in 2023.

It would have been criminal of me not to mention Helms Alee on my albums of the year, since I’ve been a huge fan of the Tacoma trio for years. Their latest effort blew me away almost instantly with big post-metal bangers like Tripping Up The Stairs, Do Not Expose To The Burning Sun and their heart-wrenching rendition of Scott Walker’s classic, Big Louise, which was according to Spotify my most played track of the year. Once again, the powerful, trippy and celestial harmonies brought by guitarist Ben Verellen’s banshee screams, bassist Dana James’ haunting backing vocals and drummer extraordinaire Hozoji Matheson Margullis’ clean vocals created the perfect storm. If you’re a fan of Red Sparrowes and like grungy riffs, you will love this record. Also, if you missed them at Roadburn this year, you’ve missed a hell of a show. Just saying…

4. Decasia ‘An Endless Feast For Hyenas’

Speaking of endless feasts, this one was also another delicious earworm from the Paris-based trio Decasia. Look, I’ve been following these guys for quite some time, and I’m proud to call them my homies. I have to represent my fellow countrymen when they do good things and this album, holy Lemmy, is just brilliant. The combination of heavy psych, groovy riffs and grunge influences could be heard throughout the record. Max, Fabien and Geoffrey did such an excellent job and with them being now part of the Heavy Psych Sounds roster, I can only see great things coming their way moving forward. Their success is more than deserved, there is not a single thing to leave aside on this record because it is THAT good. Treat yourselves and have a Decasia a day to make your worries go away… at least for forty-six minutes.

What can I say about Messa and their album Close that hasn’t been said before. It is a beautiful record, proving once more that doom is more than just a bunch of dudes singing about despair and morbid stuff. It can also be hauntingly beautiful and transcending whilst singing about despair and morbid stuff, thanks to Sara Bianchin’s incredible vocals. More seriously, the thing that won me over whilst listening to Close was how well-crafted they inserted their various influences into this record: psychedelia, Middle Eastern sitars, free jazz, traditional doom a la Sabbath and pan-Mediterranean melodies. An endless feast for your ears.

King Buffalo’s Regenerator made a surprising entry to my Top Ten because of how catchy their single Avalon is, but the rest of the album is just as catchy, fresh, fuzzy and plain fun. It is everything you want to hear on a stoner rock album. The riffs are insanely good, and I love how simple but effective the drums fills are (big fan of drums, here – hopefully I’ll get back to it soon enough). Regenerator takes the whole genre to another level, more sophisticated and crafted to make any stoners and freaks very happy bunnies. This album is, by a long mile, the best stoner rock album I’ve heard since Lowrider’s Refractions. These guys need to tour to Europe and rock our socks off. I cannot recommend this record enough.

Love at first strum – this might be the best way I could describe how much I loved this album. This purely instrumental record mixing sludge, doom, country music and Americana is the closest thing from perfection I have listened this year. No joke, Lathe, a trio from Baltimore, Maryland, are fucking mind-blowing. Whether you are commuting, on a road trip or chilling at home with some devilish lettuce, this album takes you to places you barely hear about. It sounds like the perfect soundtrack from the everyday life of everyday folks living in the roughest parts of the Midwest. Tongue Of Silver could also be the soundtrack of your everyday life. It certainly has.

So many bands discovered this year, it would take me days to name them all, however my most honourable mentions this year goes to Escuela Grind, Chat Pile, KEN mode, MWWB, Grave Lines and my fellow Parisians, Red Sun Atacama and Hangman’s Chair. 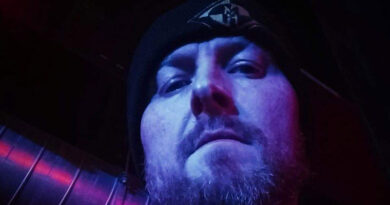 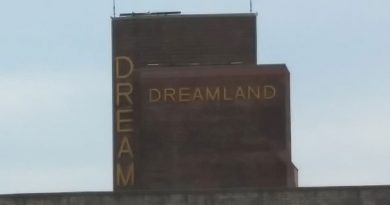