I’m in the mood to be optimistic, so let’s all bask in 2021 having been marginally less rubbish than 2020. It’s a low bar to clear, but I reckon it’s just about managed it. To be serious for a moment though, 2021 was a year of profound personal change for me. I’ve dug out my old dice bag (ooer) and decided to get back into competitive Warhammer, which I think is about the only thing that could make me feel even more down with the kids than I usually do.

I’m probably not the only person who’s found the delays caused by pressing plant queues and additional customs checks thanks to Brexit annoying. However, while it’s taking ages to get hold of actual records, we can all be thankful that there’s no shortage of people out there toiling away to bring us the heavy music we crave. My favourites of the year are:

I’ve always had my reservations about two-person groups as the format is very limiting – if you’re genuinely only playing with drums and a guitar then I don’t have high hopes for any solos and the sound can lack low-end. On their debut album, two-piece Land Mammal from Texas neatly sidestep the issue by liberally employing a range of guests and having both guitar and bass on all the tracks. Nice!

The thing that struck me throughout Slow You Mind is the sheer diversity of tunes. Opener Psychedelic Hand is a full-on stoner-garage stomp, Ring The Bell has a distinct 90s alt-rock flavour, while Fuzzy Purple Jacket takes you on a funky trip back to 1970. The rest of the album is generally mellower blues rock, but the songs are uniformly excellent and the whole record has such a warm, cosy feel it’s hard to resist.

I know it’s been said many times, and in many ways, but for a country with only 10 million inhabitants Sweden seems to produce an insane number of kickass bands. Void Commander are the latest in a long and storied line of Swedes who are here to bring to rawk and, across the seven tracks that comprise River Lord, they kick up a righteous din.

From the storming boogie rock of the title track to the chugging closer Shroom Bloody Shroom, Void Commander show a dab hand at all sorts of heavy rock and provide ample evidence that they know their way round a chorus. There’s oodles of fuzz, a satisfyingly thunky bass tone, and plenty of harmonica-driven southern-fried vibes to keep your head nodding and toe tapping.

2021 had its fair share of surprises so it’s good to know there are some constants in life, like knowing that pretty much anything Ripple Music releases is worth checking out. One of the new additions to their roster was Thunder Horse, a four-piece from Texas who really bring the heavy.

While Thunder Horse aren’t going to win many awards for speedy playing, across Chosen One they show an impressive gift for keeping the low and slow interesting with chugging grooves, righteous indignation and brilliant songwriting. As a point of comparison, think Crowbar with the occasional Pink Floyd-esque instrumental break. To keep things interesting, you even get a sparse, brooding ballad and an epic cover of Traffic’s Hey Mr Fantasy which is worth the admission price on its own.

‘It is a truth universally acknowledged that a man in possession of a good beard must be in want of burly stoner metal’. When Jane Austen penned these words, I’m sure she had a band exactly like Portland, Oregon’s Robots Of The Ancient World in mind. On Mystic Goddess the band bring you eight weighty tracks of chunky riffage and sweet choruses.

I don’t wish to sell to sell the band short by suggesting they’re one dimensional though; there’s plenty going on here with some deft psych flourishes and spikey punk energy sprinkled throughout. What really sets them apart from the pack are the quality vocals of Caleb Weidenbach and the consistently interesting tunes, which makes this album an essential listen for anyone with a taste for heavy rock.

I’m going to go out on a limb here and suggest that Italians Sonic Demon are big fans of early Electric Wizard, back when the Wimborne-based trio’s main focus was seeing how much distortion and down-tuning your stereo could handle before it was reduced to a smouldering puddle of molten plastic.

Vendetta is chock-full of bulldozing riffs, gnarly fuzz, snotty attitude, and monstrous guitar tones that would have sounded completely at home on Dopethrone, but Sonic Demon show they’re much more than an EW tribute act. The whole album is delivered with an energy, pace and sense of danger that is so often missing from bands ploughing this furrow, and it’s all backed with a set of surprisingly concise, awesome tunes. Turn it up to 11 and laugh maniacally as your speakers shrivel and die.

If life has taught me anything (and bear in mind that there’s a good chance it hasn’t) it’s that someone, somewhere is still making old school stoner rock sound awesome. My pleasant surprise for this year is Berlin’s Redscale who deliver an awesome album crammed with all the things you want from a European stoner rock album: oodles of fuzz, enough energy to power a small city, choruses that will be stuck in your head for days, and (as a special treat) a sweet lead guitar tone that brings to mind old masters like Astroqueen.

After blasting the doors off with charging opener On The Run, Redscale treat you to the whole gamut of fuzzy goodness, from the high octane rock of It’s A Death Cult, Baby to the infectious mid-paced groove of Tabula Rasa. They even find time to chuck in a gut-wrenching ballad with At The End. What’s not to like?

In real life I’m the sort of person who turns up to parties at the time it says on the invitation and annoys the hosts by being in the way while they try and set up. In terms of Warsaw’s Sunnata who released their fourth album this year, I’ve clearly turned up just as proceedings are really hitting their stride as Burning in Heaven, Melting on Earth has magnum opus written all over it.

The band describe themselves as ‘Shamanic doom metal with a dose of grunge and psychedelia’, which is about as spot-on as you can get. The album is by turns hypnotic, expansive, and crushingly heavy. It’s an ambitious record but totally devoid of pretence or filler – everything on here from the Eastern atmospherics of God Emperor Of Dune, to the rocking A Million Lives, to the uplifting psych of Way Out is an exercise in streamlined excellence.

Bamberg in northern Bavaria is so ridiculously quaint and picturesque that it would probably be quite low on most people’s lists for likely hotbeds of arse-kicking heavy rock, but that doesn’t seem to have deterred Paralyzed. The four-piece’s Self-Titled debut is a blast from start to finish, crammed with great tunes that cover the whole spectrum of bluesy stoner rock.

Although the music has a retro feel, it doesn’t sound affected or forced. There’s the odd moment on some of the slow burners that brings to mind Graveyard, but it’s delivered with enough passion and individuality that the band’s personality still shines through. Moreover, unlike many 70s-leaning bands, Paralyzed deliver plenty of raw, gritty rawk, enhanced by a production job that doesn’t skimp on murky, low-fi, Gorilla-style heft. An album that’s definitely worth digging some battered denim flares out for.

After nearly ten years and multiple line-up changes, Philadelphian trio Heavy Temple finally saw fit to unleash their first album onto the world. I’m not up-to-date enough to say I had actually been waiting for Lupi Amoris, but for the cognoscenti who were, then the meagre nine-year wait would have been well worth it. Heavy Temple deliver an irresistible mix of fuzzy psychedelic stoner doom underpinned by a seemingly limitless supply of epic riffs and irresistible grooves.

What really makes the record stand out from the pack for me though is the awesome dynamic interplay between the soaring vocals of High Priestess Nighthawk and the crunching riffs. It’s so consistently excellent that my only real complaint is that a record this good feels too short at thirty-three minutes long. It’s all killer and no filler, but definitely leaves you wanting more.

1. Dr. Colossus ‘I’m A Stupid Moron With An Ugly Face And A Big Butt And My Butt Smells And I Like To Kiss My Own Butt’

I’d be the first to agree that mixing heavy rock with classic Simpsons episodes sounds like a frankly terrible idea that could only lead to a special sort of gimmicky, novelty song hell. Happily, Melbourne’s Dr. Colossus are here to prove us naysayers wrong with an album that’s ridiculously enjoyable from start to finish.

It works because the tunes are so flat-out awesome that the wittily rendered Simpsons references that make up each song are a particularly choice icing on an already brilliant cake. I’m A Stupid Moron… is markedly less doom-flavoured than the band’s debut, mixing chunky Clutch-style rock (So Long Stinktown) with sprawling psych goodness (Space Coyote) and even includes a future stadium-rock classic (Pickabar). I can’t imagine I’m the first to say it, but Dr. Colossus really embiggened 2021 with this cromulent album.

I always stick to albums for my top ten of the year, but there are a few EPs released in 2021 that I’d strongly recommend checking out as well. I particularly enjoyed Into The Valley Of Death’s debut EP Space Age (five tracks of droning, dirgey drug metal), Doom Sessions Volume 5 (worth it for the album artwork, let alone the quality rock of High Reeper and Hippie Death Cult) and the second instalment of L’Uomo Nero’s triptych Elle, De La Mer (charismatic rock from the high desert). And that’s my lot for the year, hope you had a good one. 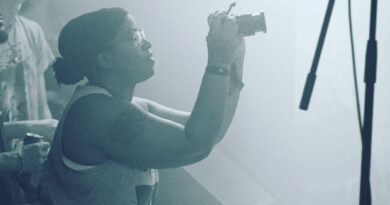 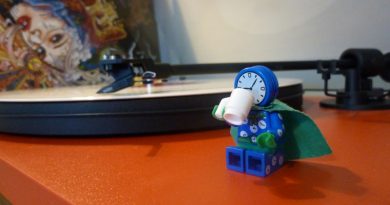