It’s that time of year again to run through my top 10 albums and once again I found it hard to cap it at just 10 as 2013 has seen a plethora of amazing releases, but like with previous years, I’ll be submitting this list to Roadburn for their readers’ poll (If you haven’t submitted yours yet, you can do so HERE) so 10 it is which I’ve listed in alphabetical order… 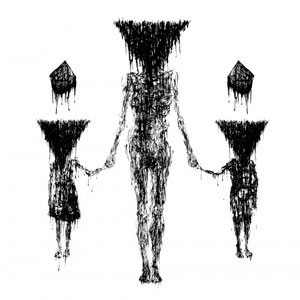 Everyone should worship at the mechanical altar of Tristan Shone and his Drone Machines, although I’m no engineer, I can’t help but appreciate the sheer time, work, effort and passion that goes into not just making these instruments of torture, but also mastering what they can do and if that wasn’t punishment enough, composing an albums worth of actual material! I always wait with baited breath when a new Author & Punisher album is announced and with ‘Women & Children’ I wasn’t disappointed as Tristan once again strides forward with his dub infused doom and earlier this year it was a total pleasure to be involved in his first UK tour. 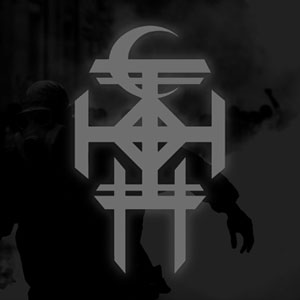 I do tend to sigh when a new ‘Supergroup’ is announced, especially if I’m a fan off all or some of the bands/artists involved as they rarely deliver to the standard I expect/perceive, but this year has been the exception to the rule with Corrections House. Their debut album ‘Last City Zero’ took me by total surprise and simply blew me away with their unique take on Industrial fused Doom. Pretty much a who’s who of the current wave of Heavy music, the album features 8 antagonising tracks of Heavy, yet atmospheric torture with a thought provoking theme running throughout. Between the shouts, growls and screams we’re also treated to Mike IX Williams’s scathing spoken word with lines like “If New York is the city that never sleeps, why are people passed out everywhere? If New Orleans is the Big Easy, why is life so fucking hard?” Never a truer word said! 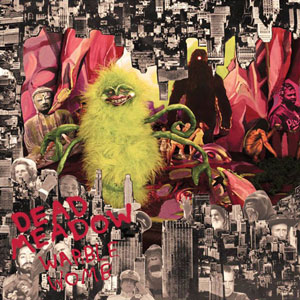 I love this band, always have, and hopefully always will and I was as happy as a pig in shit when ‘Warble Womb’ landed in my lap. Reunited with original drummer Mark Laughlin, ‘Warble Womb’ is possibly the most direct album Dead Meadow have released, when I say direct though, I don’t mean atypical 4/4 rock beats, more in the way that each track doesn’t outstay its welcome and meander into jam land fuckery, each track has its purpose, but all the while exploring where it needs to go, and hell, they even touch on Reggae with the track ‘Copper is Restless’. My only regret is having the opportunity to see this band live, not once, but twice during 2013 and both times being unable to go as that thing they call life got in the way, ahh well, hopefully they’ll return to these bleak shores soon! 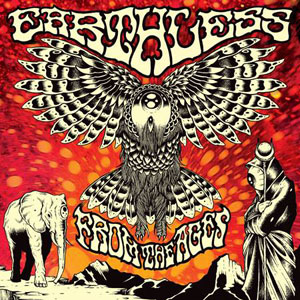 Earthless ‘From The Ages’ [Tee Pee]

I still cite watching Earthless perform on the main stage at the 2008 Roadburn Festival as one of the best live performances I have ever had the pleasure of witnessing, full stop! So when news was announced that a new Earthless album is finally on the way after a 5 year wait, to say I was excited was an understatement to say the least and again they didn’t disappoint. Sure, Earthless aren’t re-inventing the wheel, they don’t claim to, what you get is a band at its very best delivering seamless psychedelic heavy rock from the flawless guitar work of Isaiah Mitchell, to the driving bass of Mike Egington and those drums, Mario Rubalcaba surely has to be one of the greatest skin bashers on the planet, outstanding! 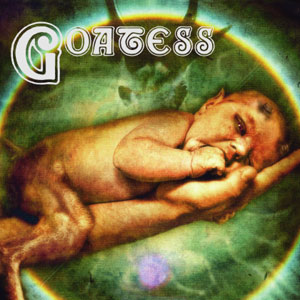 Featuring Christian ‘Chritus’ Lindersson (Count Raven, Saint Vitus, Terra Firma and currently Lord Vicar) on vocals, I immediately sat up and took note of this their debut album for Svart Records. With ‘Chritus’ at the helm, I was expecting this recording to be an all-out Doom album, but that’s not exactly what we get, with the sound being closer to the work he did with Terra Firma than Lord Vicar. It could easily get labelled with the Stoner tag as there’s a definite feel of ‘Blues For The Red Sun’ era Kyuss and ‘Spine Of God’ era Monster Magnet, but that would be doing the band an incredible disservice as they have a lot more to offer than being clones of said bands, so if you are hampering for some Fuzzed out Doom, you’d be doing yourself a disservice over looking Goatess. 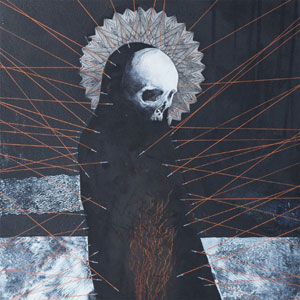 Lumbar ‘The First And Last Days Of Unwelcome’ [Southern Lord]

As with Corrections House, Lumbar are another ‘Supergroup’ to rear their ugly head in 2013, initially there was another sigh from me and I will admit, I knew very little of Arron Edge’s previous output and health struggles with MS, but the background story intrigued me and I couldn’t have been more wrong with my initial preconceptions. Edge wrote and played all the music on this release, and from all accounts was in quite a lot of pain and suffering during the recording, he also took the very wise move of recruiting Mike Scheidt and Tad Doyle to add vocals which results in an insanely heavy yet emotional piece of music with Scheidt on fire with his vocal performance. Sadly, at just 24 minutes it’s over all too quickly and the likelihood of the band playing live is pretty much zero, but on a positive note, the collective have given us these 7 amazing tracks for us to consume, and if you haven’t done so already, get on it as it’s a hell of a trip. 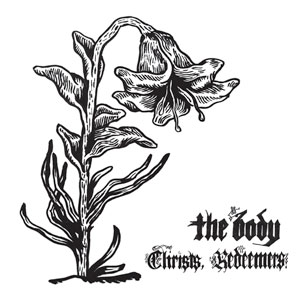 I had quite a high expectation for this release having followed The Body and their associated collaborations over the last few years and man it didn’t disappoint. The crux of the music is well and truly in the realm of filth riddled doom, but the duo of Chip King and Lee Buford offer so much more as their dark despondent tones conjure up visions of a dark, twisted and fragile world. The Assembly Of Light Choir were once again called upon to add their spine chilling vocal harmonies amongst the angst of the heavy guitar, tortured vocals and thunderous drums to give an album that is both celestial yet demonic at the same time. 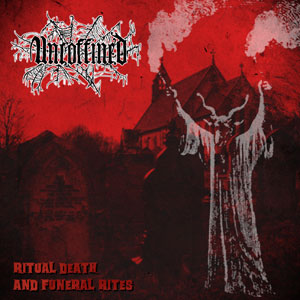 This band took me by complete surprise, morbid Death/Doom is the order of the day with a sound that certainly harks back to ye days of olde, it’s heavy, filth ridden that crawls along at a snail’s pace complete with Kat Shevil’s haunting guttural vocals and let’s not forget the obligatory cult horror film intro’s which made this album a nostalgic reminder of why I got into this music back in the early 90’s. They cite their influences as a who’s who of early 90’s Death and Doom, name dropping such bands as Winter, Autopsy, early Cathedral, early Celtic Frost, Grief et al, which I can’t argue with as the band really do wear their heart on their sleeve, but I’d also add Doomflight (remember them?) as there’s certainly an air of the bile they were peddling in the 90’s. 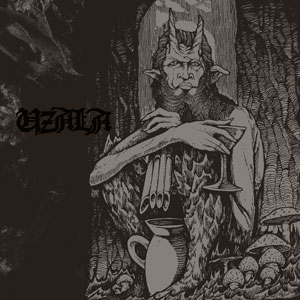 Uzala ‘Tales Of Blood & Fire’ [King Of The Monsters | GypsyBlood]

Uzala returned this year with a revamped line up for this their sophomore album ‘Tales Of Blood & Fire’ and what a fire cracker it is too. With the recording being handled by Tad Doyle, while being mixed & mastered by Mell Dettmer, the choices of engineers helps show us what Uzala are capable of with their sombre, despondent doom. The album also has a less Black Metal feel to proceedings as gone are the buzzsaw guitar tones which they showed us fleeting glances of on their debut, and the jewel in the crown is Darcy Nutt who on ‘Tales Of Blood & Fire’ has been able to spread her wings, take centre stage and forge her captivating vocals into the Uzala sound. 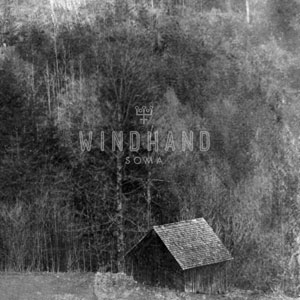 As John pointed out in his review of ‘Soma’, to claim this album is in the ‘top 5 of all time doom records’ you can’t help but become a bit cynical, but if you ignore this hyperbole, what you get is certainly one of the top 10 doom albums of 2013 that’s for sure as this album is fucking HEAVY! Although a (very) slight deviation from their previous offerings, with tracks like the acoustic interlude ‘Evergreen’, which also shows Dorthia Cottrell’s laid back vocal style in a whole new light, it’s also the calm before the storm as the album then transcends into ‘Cassock’ and the 30 minute behemoth ‘Boleskine’. I also managed to catch Windhand live a few weeks back, and even though the band were jetlagged, played as a four 4 piece due to spending the day in the care of our delightful NHS after guitarist Asechiah Bogdan suffered a blood clot, they still put on an amazing show, and played not 1, but 2 encores!

So there you have it, my top 10 albums of the year, but I’d also like to give a couple of worthy mentions, firstly the Noothgrush/Coffins Split, I was 50/50 whether to put this in my top 10, but as I usually stick with full albums, it got knocked back, but with the first new recorded Noothgrush tracks in over a decade, it couldn’t go unnoticed! Jucifer also gave us the unpronounceable ‘за волгой для нас земли нет’ or ‘The Russian Album’ to none Russian speakers and Ephemeros with their ‘All Hail Corrosion’ album was simply monolithic and narrowly missed out.

2013 also had its fair share of tragedy when the sad news broke of our brothers in doom Christian Fagg of Trollkraft, Joey LeCaze of EyeHateGod, Mike Boone of Sourvein and Pete Davegun of Rise To Thunder had passed away throughout the year, sad moments for us all.

Rest In Peace guys, your influence and involvement in our little music scene will never be forgotten!

Not to end on a sad note, 2014 already looks like it’s going to be a heavy year for music with new albums from Volition, Serpent Venom, Conan, Grifter, Coltsblood, Indian and Slomatics on the way in the first part of the year and in April, I’ll be once again off to my spiritual home of music that this Tilburg for the annual Roadburn Festival, which for me is an incredibly strong line up with the likes of The Body, 16, Noothgrush, Buzzov*en, Yob, Graves At Sea, Corrections House, Samothrace, 40 Watt Sun, Beastmilk, Goblin, Morne, The Heads and many many more playing! 4 days I cannot wait for! 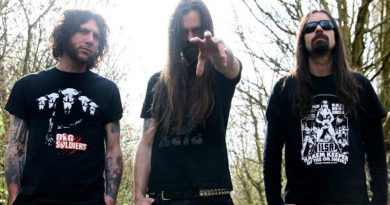