Well, this is difficult. I’ll be starting a petition for top twenty bands in 2022 because choosing ten is nearly impossible. The amount of creativity is infinite, and the lack of tours seemed to fuel the creative fire in many. 2021 was a prolific year of heavy music. While heavy hitters like Monolord, Quicksand, Acid Mammoth, and Red Fang released fantastic albums, I found my Top Ten list ended up being a bit different than I imagined earlier in the year.

I have met so many awesome musicians who are so down to earth and willing to take the time to teach me what they know about music. It’s absolutely mind-blowing to me. To everyone I have interviewed as part of the In Search Of Tone series discussing our mutual love of music, I can’t thank you enough for all I have learned and for the epic music that has become the soundtrack of my day-to-day life. Now let’s get started with my Top Ten of 2021…

The music is outstanding. The artwork is fantastic. It’s a perfect package. Mixing various genres into one action-packed heavy album. After talking with Mike D (guitars) and Bill (bass) I quickly realized why The Age Of Truth’s music is so good. They’re truly a brotherhood and are having the time of their lives. It definitely translates in their music.

I found myself turning Doomsday Profit’s In Idle Orbit on frequently after hearing it and it’s damn near perfect front to back. It covers everything I love from heavy distortion, thundering drums, rumbling bass, growling vocals, fast-paced solos, and even some spacey vibes. Seeing these songs live solidified this album in my Top Ten. Absolutely fantastic.

Every time I hear Harrbåda I want to pick up my guitar. I absolutely love the reverb/tremolo effect with the distorted guitars. Jon Imbernon (guitar) knows because I pester him about it frequently after our interview – haha. Kuningatar has a similar effect in the intro but Gangrened also pumps out some killer heavy riffs like in the grand closing song Triangeli.

I don’t even need to write a paragraph about why the latest Red Beard Wall album 3 is on my list, but I will because I can. Aaron Wall is a bright light in this community spreading positivity to everyone he encounters. His music does the same but in a much heavier way. Songs like My Brothers and Home send strong healthy messages while melting your face.

6: Greenleaf ‘Echoes From A Mass’

Well, I absolutely love Greenleaf. I like the variety of their albums with rotating singers, but this album is incredible. The reason it’s on my Top Ten though is the closing track What Have We Become. A crescendo of intensity builds throughout and Arvids vocal performance is top-notch. Plus, album art by Lowriders Peder Bergstrand. Simply perfection.

Mos Generator have become one of my biggest inspirations. I don’t feel like they can put out a bad song if they tried. Tony Reed dug into his archives and pulled out The Lantern. Although it’s older songs, it was released this year and made my Top Ten easily. I’m glad we got to hear some new/old Mos Generator and looking forward to some new/new Mos Generator in 2022.

I first heard Spelljammer with the song Mountainside from 2010s Inches From the Sun. I was instantly hooked but took a while to hear the rest of their discography because that song was so good it’s all I listened to. Hearing Abyssal Trip immediately grabbed my attention like Mountainside and I could not stop listening to the entire album. I just wish I could add it to next year’s list too!

The album art caught my eye and the music within held my interest. The darkest sounding clean tones fill this album and something I strive for in my own playing. Dynamics are important and Kowloon Walled City perfect it. The heavy is fused with the clean and even the silences are musical. Kowloon Walled City is another band that has had a big influence on my playing. Thanks guys.

After hearing King Buffalo’s Burden Of Restlessness, I knew it would be in my Top Ten. It’s not there, because Acheron bumped it out. The power felt by the distorted riffs contrasted by the beautifully echoed calm riffs are hair raising. Drums often took the lead role with unique beats and the bass rumbled throughout, most likely causing some rocks to loosen in that cave! Unfortunately, their third album for this year was pushed back but that just means it will be on next year’s list! Did I mention I got one of Scott’s drumsticks used to record this album??

1: Legends Of The Desert: Volume 2 – The Penitent Man & Cortége

As hard as this list was, this split was sitting at #1 since I started planning. The Penitent Man quickly became my favorite band with Allan’s soulful singing accompanied by Phil and Steve’s exquisite guitar work all backed by the Garrido brothers locked in rhythm. Adding in Todd Ogren (Rival Sons) on keys was brilliant. Side B provides two more songs by the duo Cortège. The cinematic like scores are fantastic on the split and pairing these two bands made this an easy #1 pick.

Butcher In The Fog ‘Exonerate Me, Baby’ – The only reason this got bumped off my Top Ten is that I’ve been drawn to slower music this past year, but this is a killer album front to back.

Alastor ‘Onwards And Downwards’ – The entire album is fantastic but Dead Things In Jars is one hell of a song.

Stonekind ‘Spirit Of The Void’ – The transitions on this album set it above many for me. It’s basically one long song but many varying styles all seamlessly put together.

The Angelus ‘Why We Never Die’ – The guitar tones on this album are fantastic and the fact that Emil Rapstein pulls these songs off occasionally solo and live definitely deserves a mention! The title track is what set this album in the honourable mentions. It sticks in my head all day, but in a good way! 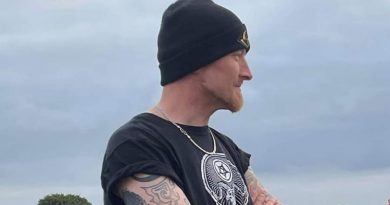 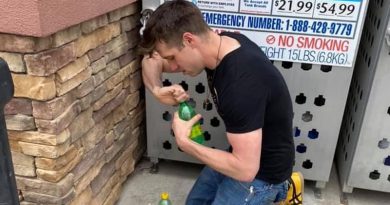 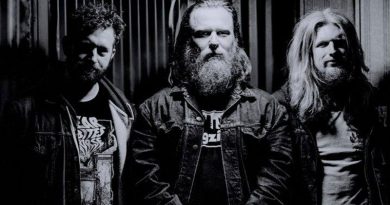