Every year it seems that more and more bands bubble up from the ground and more and more labels decide to throw money at putting out some wax or shiny discs to entertain the teeming hordes and 2012 has been no exception. Musically it’s been a year of highs and lows…some bands have grown in status beyond belief (mostly because they’re awful shite and it’s inconceivable they could get anywhere) whereas some incredible bands languish in virtual obscurity…oh well, there’s no accounting for taste is there? 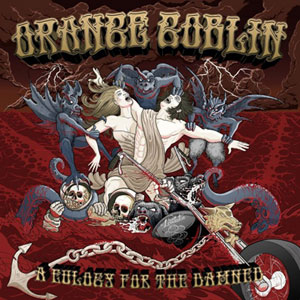 As a dedicated scribe at The Sleeping Shaman I have received way more than my fair share of new music to check out. Some of it has truly set my heart a fluttering whereas some of it has struggled to raise my apathetic, cynical eyebrows. The highlights though have been truly worth, not just my time and patience but investigation by anyone!!! I’ll start with the obvious candidates first and foremost. Orange Goblin hit us with their first album in 5 years, “A Eulogy For The Damned” and, far from being a eulogy for the band has proven to be something of a new lease of life. An incredible album brimming with some of their finest tunes yet that has seen them raise their heads from the underground and make a run for the big time. Similarly label mates Corrosion Of Conformity, seemingly dead in the water while Pepper Keenan farts around with Down, took the bull by the horns, stripped down to a trio and revisited their hardcore heyday to produce a self titled album that has the fire and aggression of their youthful selves tempered with their years of song writing experience and instrumental advances. 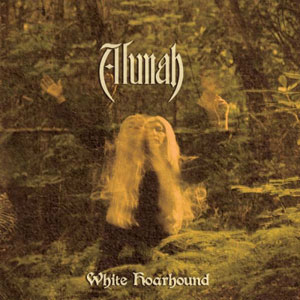 The award for most improved band has to go to Alunah. Their previous efforts have shown a band with a real knack for song writing that had yet to find their feet, yet their first release on Psychedoomelic Records, “White Hoarhound” showed a leap forward in every sense from the song writing to Soph’s far stronger vocals to the more expansive and orchestrated production. A truly world class effort, it’s understandable they are moving on up to a new home at Napalm/Spinning Goblin Records for the vinyl release of the album. 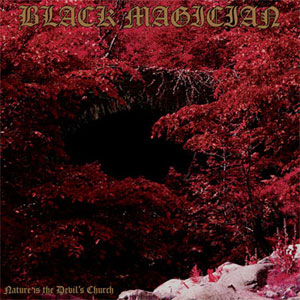 While we’re on something of a doom trip, mention must be made of Shaman head honcho Lee Edwards and his foray into the world of label releases with the first piece of vinyl from Liverpool’s Black Magician. “Nature Is The Devil’s Church” appeared from the murky mist of the Mersey to throw some genuinely dark and atmospheric shapes. I will admit I find doom an overplayed and somewhat cliché ridden genre nowadays so to sit up and take notice of a band like Black Magician is one thing, to be blown away as I have been is altogether more remarkable. A band destined for big things, as are the label with their next release the Undersmile/Coma Wall split 12”. 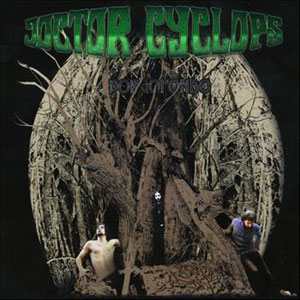 I really do have to make mention of another band very close to my heart…not just because they’re friends and touring buddies but because they’re just downright incredible. Doctor Cyclops from Italy released their debut album “Borgofondo” to little fanfare on the World In Sound label in 2012 but it stands out, head and shoulders above many of its peers as one of the finest releases of the year. The Cyclops trio take the heavy blues sound of the late 60’s/early 70’s, dirty it up, add some progressive rock flourishes and a darker, doomier edge and wrap it all up in some incredible song writing. Not only is the album a testament to their abilities, they’re perfectly able to recreate the vibe in the live arena…an aspect where so many other bands let themselves down. 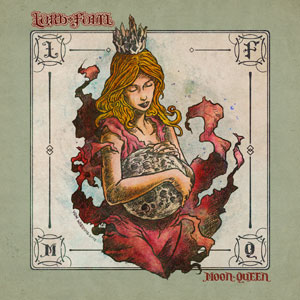 2012 has been a year where labels old and new have really shone for me. Aside from the already mentioned fledgling efforts of Shaman Recordings, Small Stone Records show they are still the leaders of the pack with yet another run of exceptional releases. The highlight for me has been Lord Fowl’s debut “Moon Queen” with its heady amalgam of prime 70’s Sabbath and Kiss, this has been an album I have revisited on numerous occasions and never fails to raise a smile. Likewise the second effort from Sun Gods In Exile (R.I.P…or is it?) showed the band progressing into true southern rocking titans…despite coming from the very north of the United States. Small Stone have also impressed with high quality releases from the likes of Abrahma, Nightstalker, Skanska Mord, Greenleaf and the eclectic and somewhat overlooked Mellow Bravo. 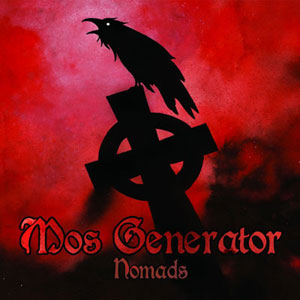 I have to make mention of Ripple Music, not because I’m obliged to as Grifter’s label but because they’re responsible for some of the finest music released in 2012…in fact possibly the finest album I have heard in 2012, Mos Generator’s “Nomads”. For a band that appeared to be dead in the water they have come back with renewed vigour and showcase Tony Reed’s magnificent writing skills and the bands musicianship. If you only buy one album this year this should be it. Tony Reed’s other project Stone Axe may be taking some time out but it didn’t stop them releasing “Captured Live! Roadburn Festival”…an album that, like the band themselves, harks back to those halcyon days of the 1970’s when live albums ruled the roost and served as the rolling platform for many a suspect cigarette. Ripple’s other notable album of the year has to be Mighty High’s “Legalize Tre Bags”. Hey soldier, you want some fun, well this is the album to deliver it as the High guys thrash through their raucous set of punked up feverish drug fuelled boogie with all subtlety thrown in the trash and wit at the forefront. As Frank Zappa once asked does humour belong in music? Yes, in fact it should be compulsory!!! 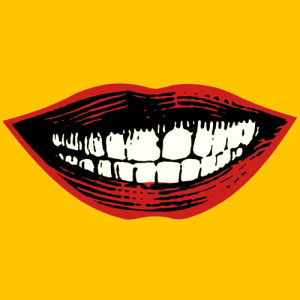 Another label that I shall be keeping a very firm eye on in 2012 is Germany’s Who Can You Trust Records. So far, as I write this I’ve only heard a couple of releases from the label, both 7”s from Hot Lunch and Lecherous Gaze but if sleazy, scuzzed up garage rock and roll is your thing then this is the label for you, and then some!!! Focussing on quality, limited vinyl releases this is a label that sounds like it should be born in 1970’s Detroit and not modern Europe!! With Hot Lunch’s debut album coming in 2013 and plans for a hell of a lot more tasty retro kitsch rock and roll to come, this is one label I will be lapping up with relish!!! 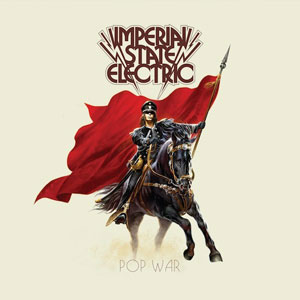 Late entries in my annual listening feature in the form of Nicke Andersson’s current outfit Imperial State Electric. I had overlooked these guys following the break up of the magnificent Hellacopters, but their new album “Pop War” is an incredible intersection of Beatlesesque harmonies and classic 70’s era Kiss style bubblegum rock with a garage ethos. Also 2012 saw the return of Norwegian homo-erotic death punks Turbonegro complete with new vocalist Tony Sylvester. “Sexual Harassment” picks up on their punked up take on 70’s glam rock and lights a rocket up its own ass to take the band into the next phase of their career. 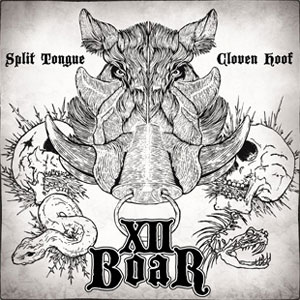 I can’t finish this piece without mentioning some of the strides forward that UK bands have been making this year. The UK scene is definitely on the up with bands and promoters really throwing their muscle in. At the forefront of this are Aldershot boys XII Boar whose furious metallic stoner has seen them criss cross the country playing every fleapit that will have them and showing an admirable and envious work ethic and sense of self promotion that is paying dividends with a slot recently completed at this year’s Hard Rock Hell festival. 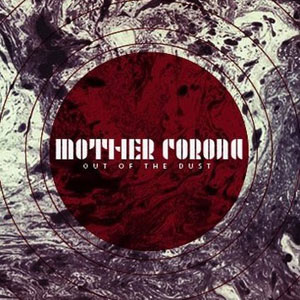 Another band to impress both on record and live is Oxford’s Mother Corona…another three piece whose debut, self released album blew me out of the water and whose live shows are both thrilling and entertaining in equal measure with a crazy-ass drummer!!!

Label wise, picking up the UK flag and flying it high are Stargun Music who already released the rather fine “Sonic Titans” compilation featuring the cream of the UK crop and enter 2013 with the debut album “All Too Human” from Brighton’s finest Enos which is a fantastic mix of down-home bluesy stoner and Pink Floydian epic spaceyness. 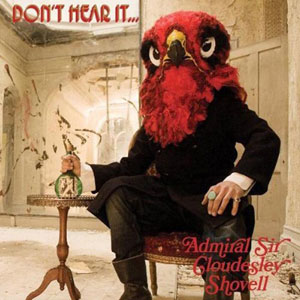 Even Metal Hammer saw fit to devote a whole cover mounted CD to a bunch of the UK’s best underground stoner, doom and classic rock bands. Honourable mentions have to go to Admiral Sir Cloudesley Shovell whose debut album on Rise Above Records “Don’t Fear It…Hear It!” melted away the last 40 years of rock and roll with its proto metallic rush. Desert Storm, another band whose work ethic and Clutch sized groove has seen them come on leaps and bounds completed a successful tour with Karma To Burn and have a new album in the offing. Stubb and Trippy Wicked both issued solid albums on the new Superhot label while sludge masters Gurt bring the noise and Steak who fly the stoner rock flag with unashamed pride. Steak are also the guys behind Desertfest which ran for the first time this year and proved to be a huge success and a home-grown alternative to Roadburn.

2013 is already looking pretty sexy. Small Stone have the new album from Five Horse Johnson…which will probably be my album of the year…just letting you know now…and will no doubt spoil us rotten with a whole slew of other tasty releases. Ripple Music are gearing up for exceptional releases from new signings Mothership and Devil To Pay and, dare I say it, a new album from yours truly and the Grifter boys. If there is one band I would love to see make strides in 2013 it is Smoke Pilot from Evesham. Formerly known as Medamaki the guys have had a rough few years but are back in the game and if their recently recorded, live-in-the-studio demo is anything to go by their pumped up brand of bluesy stoner metal could well ruffle a few feathers in the next 12 months.

So there it is, a pretty decent 12 months in terms of music that looks set to carry on into the next year and hopefully beyond. I shall be raising a glass to all the bands mentioned during the Yuletide season and hope to see them all out there on the road in 2013!!! 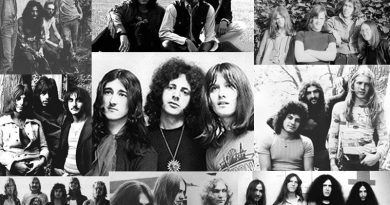