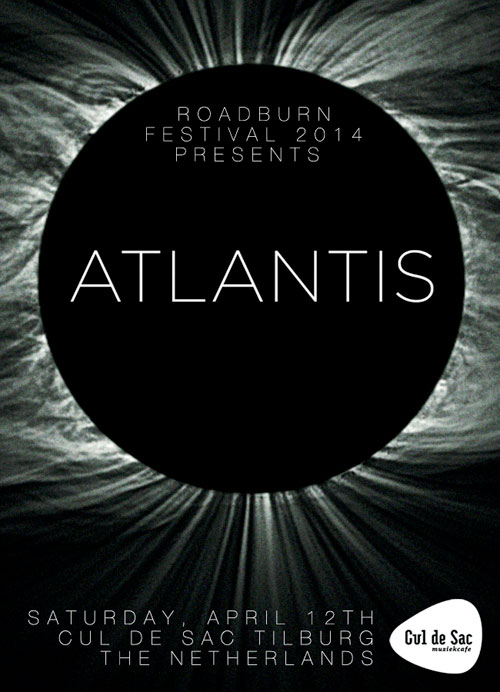 Next to the announcement of Ggu:ll, Mühr, Seirom and Ortega, we’re continuing to showcase Dutch bands that have their own vibe while at the same time possessing a certain Roadburn flair, by giving Utrecht‘s Atlantis and  Tilburg‘s very own Yama,  the opportunity to connect with the international Roadburn community on Saturday, April 12th at Cul de Sac in Tilburg, The Netherlands.

With three critically acclaimed albums, Carpe Omnium, Mistress Of Ghosts, and  Omens, plus their intense live shows, Atlantis has become a respected name in the post-metal / rock scene.

Their latest release, Omens, is an intense, engaging, bleak, and heavy affair, which compelled us to let Atlantis return to Roadburn Festival, after performing at the 2012 Afterburner.

While all music is written by Gilson Heitinga, Atlantis live is a full blown band. By creating a deafening wall of sound with their mixture of noise, doom, ambient, industrial, electronica, and metal, Atlantis tears down the walls between these genres, leaving their audiences in a state of awe.

Named after the Tibetan God of Death, Yama built a reputation as a solid live band over the last couple of years, and played festivals like Yellowstock and Freak Valley. Currently working on their debut full-length, Yama deliver heavy, fuzzed out stoner rock, underpinned with massive grooves — think Goatsnake meets Graveyard with occasional High on Fire type riffs thrown in for good measure!

Roadburn Festival 2014 will run for four days from Thursday, April 10th to Sunday, April 13th 2014 at the 013 venue, Het Patronaat and Cul de Sac in Tilburg, The Netherlands. 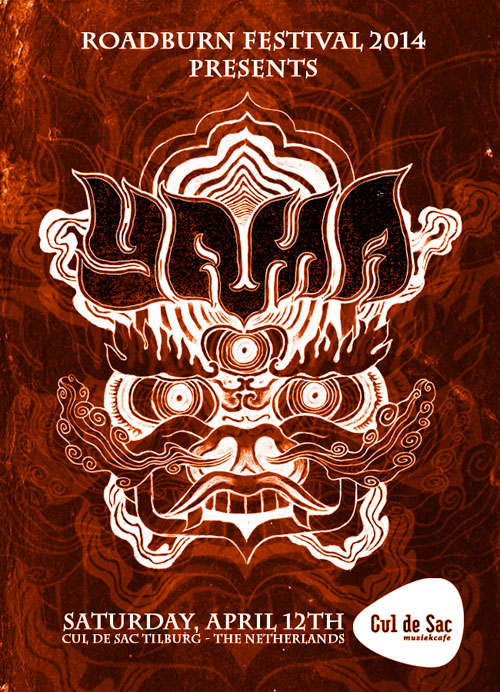