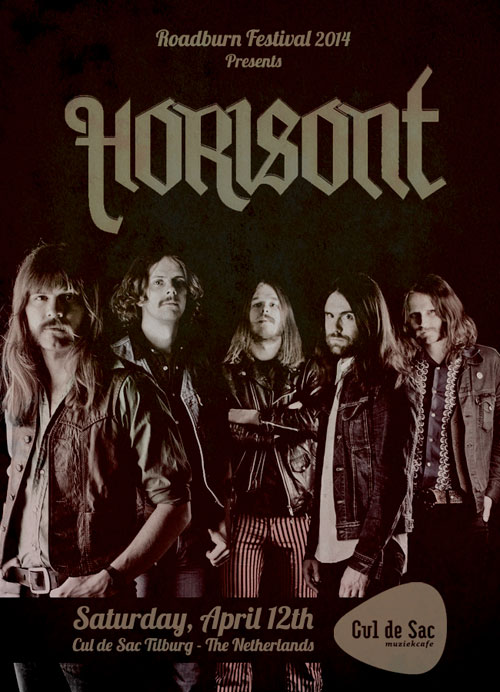 Sweden’s Horisont will return to Roadburn after their highly acclaimed 2012 performance. This time, the band will be playing Cul de Sac, the friendly music cafe located across from the 013 venue, in Tilburg, The Netherlands on Saturday, April 12th. Since they were on tour with Scorpion Child, we eagerly tabbed them play the 2014 festival.

If you are an avid heavy 70s aficionado, or a lover of supreme hardrock, you will definitely dig Horisont. The band excels at crafting old school, bluesy hardrock, and on their latest album, Time Warrior, released on Rise Above Records, Horisont even incorporates heavy metal, while remorselessly going for the throat. The fact that the lyrics are sung in Swedish and English adds to band’s appeal.

Continue to stake their claim that Horisont may be the best new talent to emerge from the ever-fertile Swedish rock scene, the anticipation for their Roadburn appearance will be massive. Make sure to be there early, as Cul de Sac can only host 175 people.