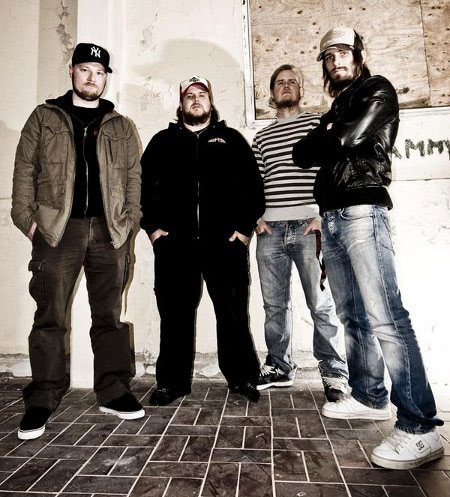 Desertfest are super psyched to announce that stoner giants Dozer will stir from their deep self-imposed sleep to shake London to it’s foundations.

Way back in ’95, whilst lovers of the down-tuned lick were in mourning at the split of Kyuss, another band was being formed far away in Borlange, Sweden, simply called Dozer. The titan 4-piece are made up of Fredrik Nordin (vocals, guitar), Tommi Holappa (guitar) Johna Rockner (bass) and Olle ‘Bull’ Marthans (drums) and the Swedes released five studio albums, the last being 2008′s ‘Beyond Colossal’ which featured guest vocals from Clutch’s Neil Fallon on ‘Empire’s End’. They went into hibernation in 2009, with Nordin returning to education while the other members worked on side projects, notably Tommi who joined up with Greenleaf once more and released ‘Nest Of Vipers’ earlier this year. So slumber they do no more! Dozer are back and ready for Desertfest 2013.