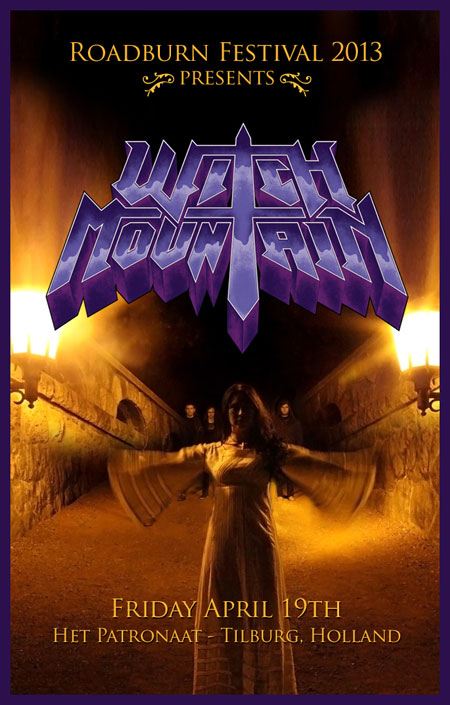 Founded by guitarist Rob Wrong and drummer Nate Carson in 1997, this was not yet the Witch Mountain that would come to fruition. In 2009, the addition of vocalist Uta Plotkin transformed the band into something extraordinary with her bluesy, sensual and commanding voice as captured on both South of Salem (2011) and Cauldron of the Wild (2012).

Plotkin’s powerful and soulful pipes sound almost out of place, but this is exactly what makes Witch Mountain so special. She belts out the band’s massive, doomy, bluesy tunes like a metallized Janis Joplin or the lost sister of Heart‘s Ann and Nancy Wilson who chose the left-hand path.

Distilled from thick churning down-tuned guitars and dense drumming infused with Plotkin’s sad and sweet vocals, Witch Mountain lumbers without plodding and soars without drifting off. The epic sound and unique take on doom metal has earned them both a highly acclaimed reputation and a rightful place among the current crop of wickedly talented female-fronted bands. We are super stoked to welcome Witch Mountain to the Roadburn Festival during their first-ever European tour.

“It is truly an honor to end this year with the official announcement that we will finally tour Europe. Many thanks go out from us to Roadburn for this fantastic invitation. My only concern is that Cauldron of the Wild LP pre-orders are coming in so quickly that we may run out of vinyl before we get over there! Cheers!”