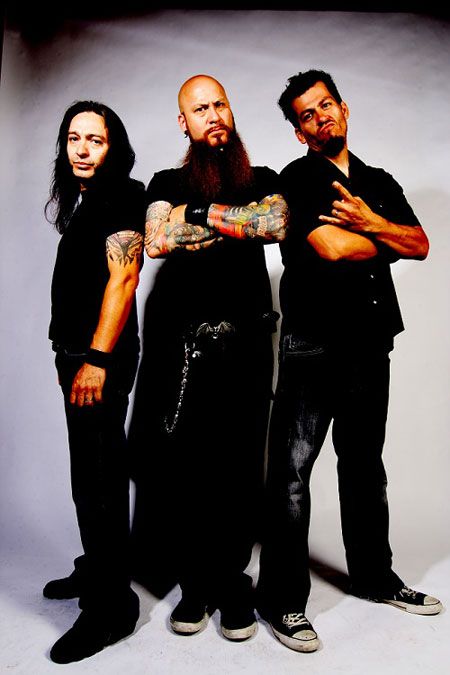 Desertfest London & Berlin are both thrilled to announce that House Of Broken Promises have now been confirmed to play the 2 festivals!

Formed during Unida’s many years of inactivity, House Of Broken Promises are simply the urban coyotes very own guitarist Arthur Seay, bassist/vocalist Eddie Plascencia and drummer Mike Cancino, and collectively they kick more ass with their crunching, metallic hard rock than Chuck Norris surrounded by a strikeforce of ninja donkeys. Although igniting their flame as far back as 2004, the band’s debut album Using the Useless didn’t rupture out of the outer-Californian consciousness until 2009 via (who else!) Small Stone Records. Although not as widely celebrated as their peers in COC, Fu Manchu, Clutch and Monster Magnet, House Of Broken Promises blaze their own trail whilst at the same time encapsulating the best of desert rock, sledgehammer blues, swaggering hard rock and grooving biker-punk into their offer of purist, unadulterated, riffed-up fury. With Arthur’s E-string-butchering chops and solos hot enough to cause a mirage, Mike’s metronomic tub-thumping and Eddie’s cap-down, foot-on-monitor frontman approach, there are few power trios who could match this tour-de-force of heavy metal thunder.

When it comes to the sounds of the sand, it’s the guys who made it happen in the first place back at Sky Valley HQ who still play it harder and louder than anyone else on earth, and House Of Broken Promises are no exception to The Law. So don’t just write them off as “just another side-project”, get down the front, soak your shirt in beer and party like you’re on Dave Wyndorf’s stag-do on Jupiter in 1995. And if nothing else, just go check them out simply as a way to get a second glimpse of Arthur’s beard! Seriously, have you seen that beard?!! It’s fucking righteous!