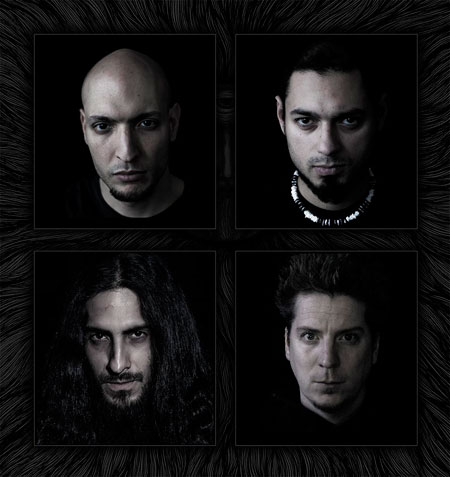 The Venezuelan psychedelic sludge act CULTURA TRES will release their new album entitled “Rezando Al Miedo” on May 15th 2013. The cover artwork for the band’s third full-length is taken from the painting “Day of Judgement” by the remarkably talented artist Damian Michaels.

“Rezando Al Miedo” doesn’t walk away from the mood their previous record “El Mal Del Bien” had, yet the songs tell a different story. Darkness exhausts itself into depression; the album is a journey inside the collective subconsciousness, a walk on the edges of sanity, between the illusive religious relief and acceptance of death as a clear end. Music explores the extremes of the artistic expression, more dynamic than ever, from the harshness of the thrashing roots of the band to the polyphonic movie soundtrack approach that characterizes CULTURA TRES. The band has never been afraid to take chances and this album proves it. The brooding cocktail of classic psychedelic rock, 90’s death metal and gloomy grunge makes their South American Sludge a unique recipe. 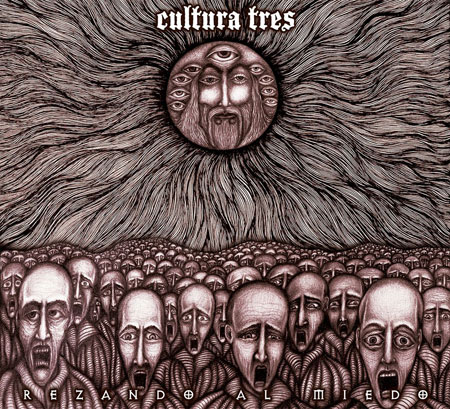 The eight songs orchestrate to the detail the emotions of every word sang, yet this isn’t a record that comes to tell a full story. Instrumental parts often let the thoughts of the listener ask their own questions, give their own answers, explore their own fears…..

The album was produced, mixed and mastered by Alejandro Londono and recorded in CULTURA TRES studios by Juan De Ferrari and Alejandro Londono. ”Rezando Al Miedo”, will be released on CD in UK by Devouter Records and in South America by the Argentinean label Cumpa Records. The digital version of the record will be available on the same date as well.

The dates for the CULTURA TRES’ first European performances for 2013 can be seen below. Stay tuned for further updates as more shows get confirmed!