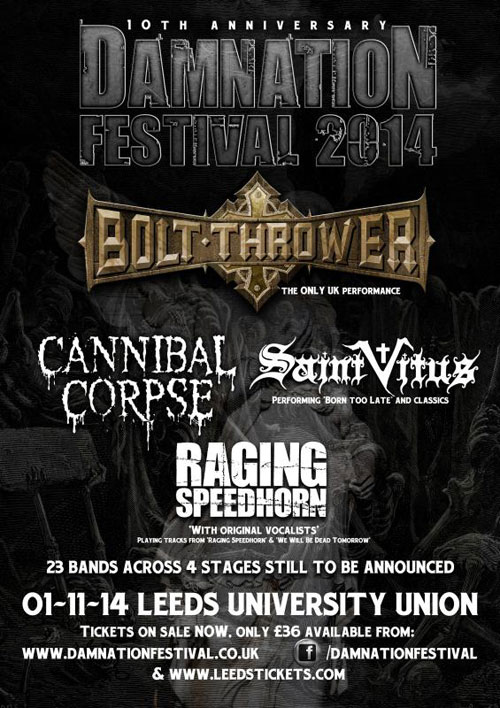 The US legends will travel to Leeds to join Bolt Thrower, Saint Vitus and Raging Speedhorn for the event, which will take place on Saturday, November 1.

And it’s a debut Damnation performance the band is looking forward to, they said: “We’ve been hearing about the Damnation festival from our fans for a while now, so we’re really excited we’re going to get the chance to play it this year. It’s clearly a killer festival and we’re stoked to be a part of it. See you all this fall!”

Terrorizer publisher Miranda Yardley is also delighted to see death metal royalty top the stage the magazine has endorsed for the past decade, she added: “Terrorizer is thrilled to be supporting Damnation Festival for the tenth year, and to host a stage headlined by Cannibal Corpse truly is an honour.”