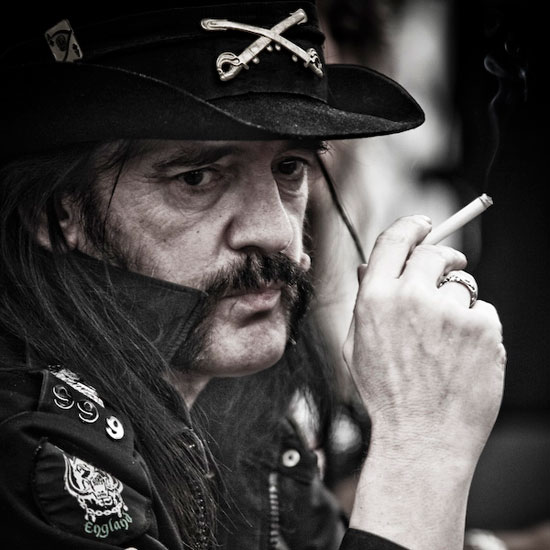 At the time I’m writing this Lemmy has been gone for a week and a half…11 days. In those 11 days I have seen a greater outpouring of grief and respect on social media than I have for literally any other celebrity…and not a single bad word. That in itself, in this day and age where social media is so all pervading, is as big a testament and as fitting an obituary as you might hope for. Regardless of whether you particularly liked his music or not, there is a small part of everyone who harbours some respect/love/admiration/regard for Lemmy. Why? Because Lemmy played by his own rules…no, strike that, Lemmy set the rules…he was rock and roll’s benevolent leader and without him one has to wonder who will steer the ship. Beyond that though Lemmy was a good guy, a man who displayed a keen intellect, worldly wisdom, a mostly infallible logic, respect for his fans and peers, integrity, honesty and a dogged level of self belief and determination that drove his career for 50 years.

I never met Lemmy, I wish I had, but in some way it doesn’t matter. He’s been such a huge part of my musical life, not mention a personal inspiration in his attitude and outlook as he was to so many, for nearly 33 years since I got my first Motörhead album, that the grief is very real. Lemmy and Motörhead have been part of my life for longer than much of my family and most of my friends…you can’t choose you family but you can choose your friends they say…well you can’t choose your idols, they become your idols for a reason…because something about that person resonates with you and for me that person was Lemmy. 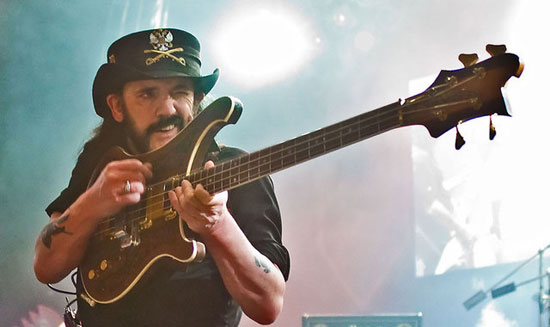 Lemmy was a musical genius, pure and simple. I know you may find that hard to believe but think about it. Motörhead (and strangely enough Hawkwind before them) were a major influence on the punk movement. Motörhead pretty much started thrash metal, albeit unwittingly. Motorhead were a major influence on most forms of metal from glam, to nu-metal even to grunge…more so than pretty much any other band except Sabbath. When Lemmy picked up a bass literally no-one else sounded like him. It doesn’t matter what gear he played through it was always Lemmy you heard…and anyone who sounded remotely like him was just copying him anyway. He made distorted bass an actual thing, and how many bands use that now?

It wasn’t just his sound though, it was his playing. Go take a listen, a proper listen, the guy was an incredible bass player and someone who knew instinctively how to play within a band format whilst retaining his identity. Then we have his voice. It may be easy to dismiss him as a tuneless shouter, again, go listen. In fact sing along to pretty much any Motörhead track and you’ll find yourself singing a keen, well defined not to mention catchy melody. In fact go listen to his side project Head Cat where he covered old rock and roll standards and you’ll here some excellent and very credible and surprisingly tuneful blues based rock and roll vocals. And, as with his bass playing, the second you hear a Lemmy vocal you know exactly who it is. Think about it, punk rock shouters to death metal growlers…none of that would exist without Lemmy expanding those boundaries and making rough arsed singing acceptable in the first place. Even the early punk bands used to have proper singers until they heard Lemmy! 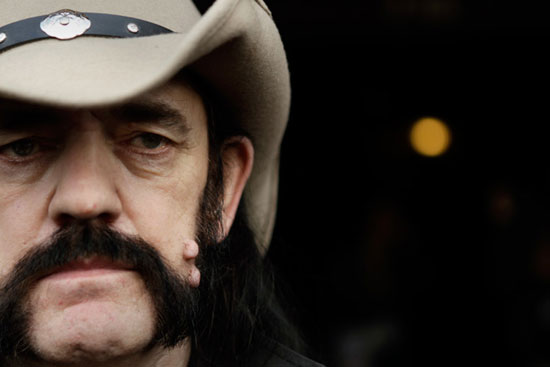 Finally Lemmy was an incredible song writer. He knew a catchy riff, a killer melody and exactly how to structure a song to hit home with maximum effect. People accuse Motörhead of releasing the same album 22 times. Not true. Listen to Motörhead’s Self-Titled debut from 1977 or their last album Bad Magic from 2015. Very different sounding albums both sonically and musically but somehow, even though Lemmy is the only constant, you know it’s the same band. They played it hard, they played it fast, they played it aggressively but deeper listening reveals so much more variety than you might think. With Eddie Clark they were a straight up rock and roll band, with Brian Robertson they allowed their melodicism to shine through and with Phil Campbell (and Würzel) they pulled together the rock and roll and harder metal elements of their sound. Later years even find them reaching into more bluesy territory. And another thing, name me another band who has maintained the level of consistency over 22 albums that Motörhead did…you can’t!!!  The basic fact is, regardless of what type of rock or metal you listen to or maybe play, you owe a debt of gratitude to Lemmy for without him, you have nothing.