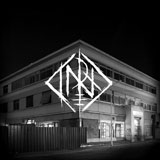 French duo Carne describes their music as sludge/hardcore/noise. Being a lover of all things sludge, they caught my interest, so here we go.

The proceedings start off with a sedate intro which is nice enough on its own, but it doesn’t set the mood for what is to follow. Carne has a strong backbone of Hardcore with some noise added and a sludgy sound, but it doesn’t even come close to the heaviness I expect when I read the word sludge. To me EyeHateGod or Iron Monkey are the main Sludge references and I don’t hear too much of that in Carne`s sound. What I do hear is a strong undercurrent of French hardcore bands like Archangel or Kickback. The band surely comes off just as aggressive.

There is a lot of anger in the first part album and that is what saves Carne for me. What they lack in heaviness, they make up for in pissed off grooves and riffing. The guitars sound filthy and abrasive, and the pummelling drums are nice and cavernous. What I miss is slow and dark moments. And by that I mean moments of despair and anguish. For me this is just a bit too much hardcore oriented.

The track ‘1000 Beers’ brings some interesting , more experimental parts to the album, which if explored further, could make Carne into something a bit more special. This song also comes across as a lot bleaker than the tracks that came before and there is even a blackened edge to it. This song is very much to my liking. Let us see if there are more of these gems buried beneath the grime on this album.

A short noise/ambient interlude leads into ‘Slave – Her’, which starts off promising with a really heavy riff and more of the experimental guitars. Clean, spoken vocals give the whole a dark feel, a feeling of impending danger, like the tension in the air right before a fight breaks out. The whole song gets more and more disjointed, almost unravelling as it progresses. A women’s voice comes in and is reminiscent of Jarboe, all vile and full of contempt for the world around her. Blackish melodies float over a layer of guitar noise, the noise increasing, the woman screaming in despair. This is truly uneasy and eerie. A fantastic track.

On ‘Chien Noir’, Carne slightly return to the more hardcore feeling, yet there is still this brooding vibe. The aggression has made place for desperation. And that desperation is exactly what these guys need to cling to. Screams are alternated by spoken vocals and the atmosphere becomes ever more threatening. It’s like waiting for someone to snap. You can see it, in their eyes, boiling below the surface, that rage dying to burst out…

Another noise/ambient piece takes us into the closing track ‘Ville Morgue’. Luckily this is a logical continuation of the later part of the album, with the guitars taking on a blackmetal style and there are even some blasts to be found here! Amazingly, when Carne goes down this more blackmetal path, they instantly have those melodies that makes French blackmetal so recognisable. As the song progresses we are washed over by a tsunami of effects until nothing is left.

Well, there we have it. An album that made me start off on the wrong foot. The first four tracks where noticeably different to the rest, I suspect these are older tracks and that the band has evolved a bit since then. So it starts of good but not great but luckily turns into something so much more. The band truly shows its own face on the second half of the album. A face covered in filth and dried blood. A face with dark eyes that show someone about to crack. Let us hope Carne deliver more of this sound on future recordings.