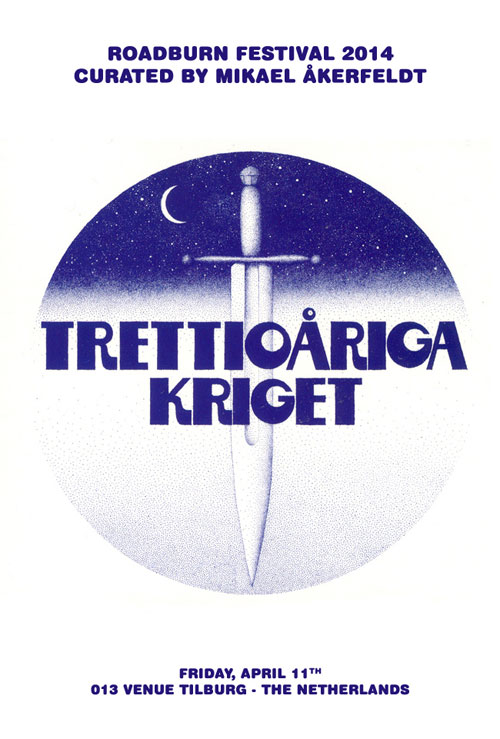 Walter & Co are elated to announce that Swedish Hardrock / Progrock legends Trettioåriga Kriget have been confirmed for Mikael Åkerfeldt‘s curated 2014 Roadburn event on Friday, April 11th at the 013 venue in Tilburg, The Netherlands.

“While I was still living with my mum at 22 (don’t laugh) I acquired their second album LP ‘Krigsång’ on vinyl. Of course”, says Mikael Åkerfeldt, “My then mint condition vinyl copy is today barely playable. I must have spent 2 months straight playing this record in my headphones before going to bed. Trettioåriga Kriget is simply one of the best hard rock / prog bands ever to come out of Sweden. Still very much active and still putting out amazing records to this day, they are as relevant as ever. Some of the nicest blokes ever too. I could rant for ages about this bunch, but I’ll put it plain and simple: If you don’t like this, you’re an asshole!”