Is this a collaboration made in heaven or hell? A question you should consider as once again Messrs Brenner and Levitt, along with a plethora of guest musicians, have teamed up to bring us their latest foray into the world of haunting soundscapes and dark ambience with the new long-player Harbinger Winds, that’s set to be released on 9th September by Nefarious Industries.

After five years in the making, fans were able to get a sense of the aural sonics when the title track, Harbinger Winds, was unshackled a few weeks back. And today, it’s The Shaman’s turn to bring you the second cut from the just over sixty-minute album with a video for the composition Burn Pits.

About the premiere, Brenner reveals, ‘On this track, Ben plays accordion and cello, his brother Rob provides the guitar solo, and I’ve provided bass, percussion, harmonica, as well as the vocals and samples of incineration, my lyrics including, Smoldering hillsides, how lovely a hue. Seductive smoke collides with new winds which blew. Reminiscent of what we once breathed. It’s fading, isn’t it? A brief reprieve. Returning our gaze back to the pits, our remaining days shall all end like this. After we tire from smoldering away, walk into the pyre, but the burn pits will stay.’

He continues, ‘The Sixth Mass-Extinction is undeniably underway, and those selfish and blind humans who still reject the reality of this ongoing global climate crisis should be the first to be cast into the Burn Pits.’

Levitt then adds, ‘We tried to keep a sparse and open kind of vibe through this one, which isn’t easy with the number of elements we have in the mix. This track has some of the starkest contrast between the harshness of the vocals, here all Dave, and layers of mostly acoustic instruments.’

And concludes, ‘My accordion is processed on this, but kept lush, approaching something like an organ or a synth. With Dave‘s harmonica floating through there and Rob’s burst of guitar, there’s almost a campfire feel to it, but with enough tension to take us to a place where we feel it isn’t a bonfire burning, it’s everything.’

Engineered, recorded, and mixed by Gridfailure’s David Brenner at The Compound in Rockland County and Megalophobe’s Benjamin Levitt at Forked Audio in Brooklyn, the two contribute a wide array of vocals, guitars and basses, keys and synth, drums and percussion, accordion, theremin, cello, harmonica, electronics/effects, tape manipulation, nature recordings, and more. The cover art, photography, and videos for Harbinger Winds were created by Brenner, with additional photos and video by Levitt, the album then mastered by Dan Emery at Black Matter Mastering (Kool Keith, Lost Dog Street Band, Thetan).

Shortly after both acts formed in 2016, Gridfailure’s David Brenner and Megalophobe’s Benjamin Levitt began recording together and became incredibly close-knit, contributing to each other’s albums, Levitt being a live member of Gridfailure, Brenner creating videos for Megalophobe, and so on, and they issued their first collaborative album, Dendritic, in April of 2017.

By the time Dendritic saw release, they had already amassed additional material, and ideas began flowing, expanding upon some of the more ambient and jazz elements of Dendritic. The Harbinger Winds concept was born, and additional sessions immediately took place, yet, during the process, some of the material became more volatile and spastic, than the concept they’d envisioned: Harbinger Winds was put on hold and the two created the schizophrenic Tasukete, releasing the album through Nefarious Industries in October of 2018. Returning to the Harbinger Winds material, the album was finally completed in February 2022, culminating nearly five years of work.

Harbinger Winds Tracklist:
01. Tuning For the Inevitable
02. Alterations of Symbiosis
03. A Cadaveresque Breeze
04. Bellows
05. Something Foul
06. Intermittent
07. I Have Friends Up There Redux
08. This Dirge Requires a Murder
09. Burn Pits
10. Harbinger Winds

Harbinger Winds, the new collaboration album by Gridfailure & Megalophobe releases 9th September through Nefarious Industries. Pre-orders for a limited opaque red cassette are available from the labels webstore, and for digital downloads, head over to Bandcamp. 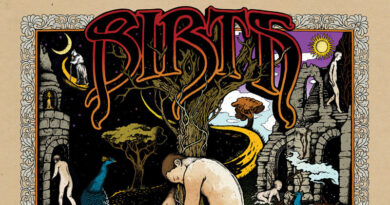 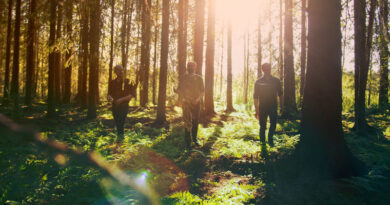 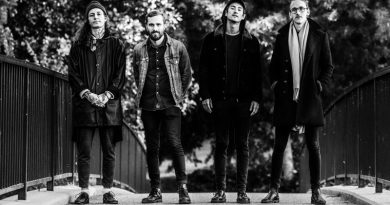