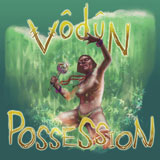 There’s no point in beating around the bush in a review of Vodun’s first full-length album, Possession; the band have a very unique selling point in the form of vocalist Oya, who brings an incredible vocal style and a distinctive flavour to the band’s sound, that they describe themselves as ‘afro’. No doubt Oya’s vocals will polarise listeners almost immediately, and this might lead to critics describing the band as gimmicky or one-dimensional, but in actual fact, the powerful, soul-influenced vocals on this album make Vodun one of the most distinctive and original ‘heavy’ bands to emerge in recent years. Oya’s vocal delivery is fantastically subtle and diverse, ranging from the refreshingly ‘different’, high pitched melodies of Bondeye to the semi-choral backing vocals of Minos Army.

Meanwhile, instrumentally, Vodun’s distinctively unusual, afro/soul-tinged sound allows them to experiment with an unusually diverse range of influences from within the spectrum of rock music. Their sound is dominated by the dual influence of classic psychedelia, featuring extended, delay-drenched breakdowns on tracks like Legbas Feast, and of course stoner rock, which accounts for various thundering, fuzzed-out basslines and Sabbath inspired pentatonic riffs.

However, tracks like the eponymous Possession also show signs of influence from the extreme metal scene, with guitarist Ghede catching listeners off-guard with the occasional sudden influx of serious heaviness. Unfortunately, at times, the band also seem to revert to relatively generic pentatonic hard-rock riffs, which, whilst powerful and gratifying, seem a little superfluous at times. However, compensation for this is provided in Vodun’s consistent use of interesting guitar and melody lines, and skillful drumming by Ogoun, who injects a soulful dose of funk to the band’s hard rock riffing.

Ultimately, an incredible diversity of influence in Vodun’s music allows Possession to retain the attention of the listener, and lends the album a frenetic, unpredictable quality. Vodun excel the most when they exploit this to the full on tracks like Oya and Possession, embracing the crazy volatility of their first EP, Eat Up The Sun.

Vodun certainly won’t be embraced unanimously by the conservative rock and metal community, but it’s fantastic to see someone successfully playing with the formula in a genre that is so-often criticised for failing to move forward and progress musically. 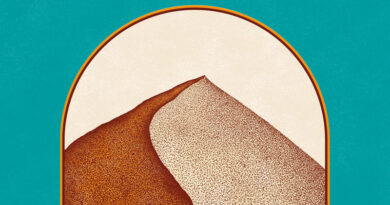 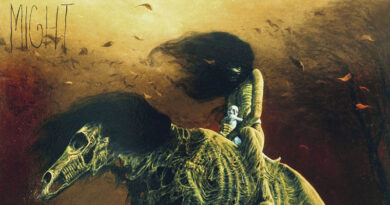